Kenyan Council of Governors seek to extend their term limits 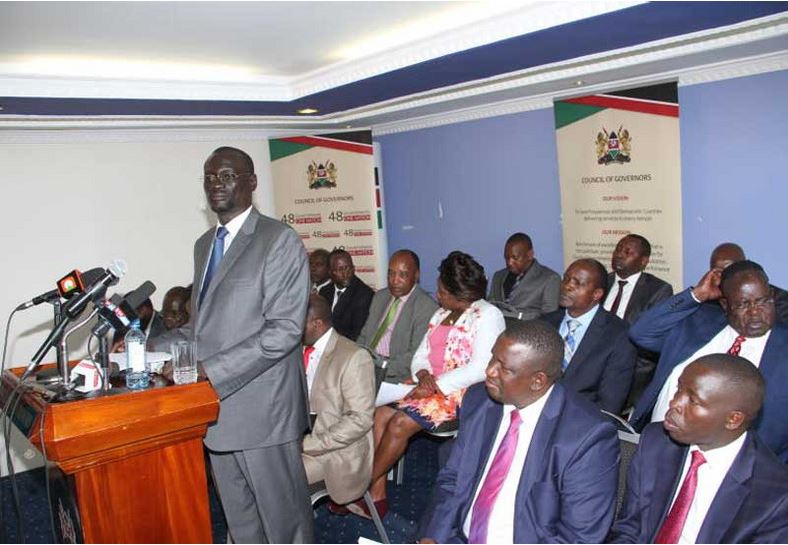 Council of Governors (photo credit: Pulse Live Kenya)
The Council of Governors (COG) wants the term of Governors in office to be reviewed so as to allow them seek re-election as many times as possible. Makueni Governor Kivutha Kibwana disclosed this while speaking in Makindu on Wednesday, where he stated that he would not quit politics when his term comes to an end. According to Prof. Kibwana, the COG has been meeting to come up with a firm proposal that will allow them to contest elections even beyond their 10 year limit.
Read the full article here: Pulse Live Kenya