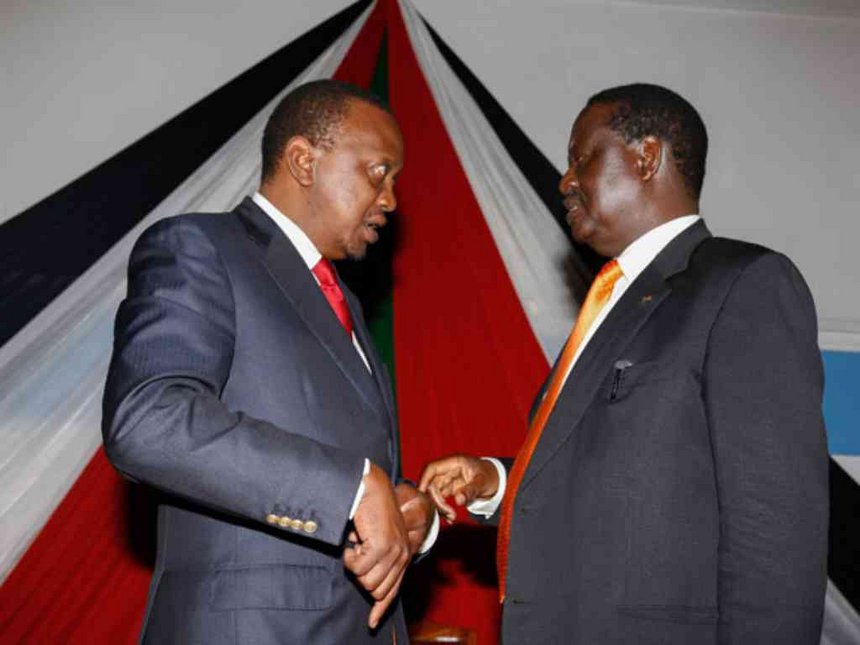 President Uhuru Kenyatta and opposition leader Raila Odinga (Photo creit: Maurice Alal)
<p>Jubilee and Cord have agreed to 'expeditiously' recruit new IEBC commissioners as part of the drastic electoral reforms announced yesterday.</p><p>The Parliament Select Committee on IEBC that represents Cord and Jubilee agreed to send the current nine commissioners home voluntarily to pave way for the electoral reforms since the country has a short period of one year to prepare for elections.&nbsp;<span style="line-height: 20.4px;">“We had ten points that we came here to iron out and we finally agreed on the sticky issues today including the sending home of the current IEBC Commissioners,” said the Co Chairman the Parliament Select Committee on IEBC Kiraitu Murungi.</span></p>
Read the full article here: The Star