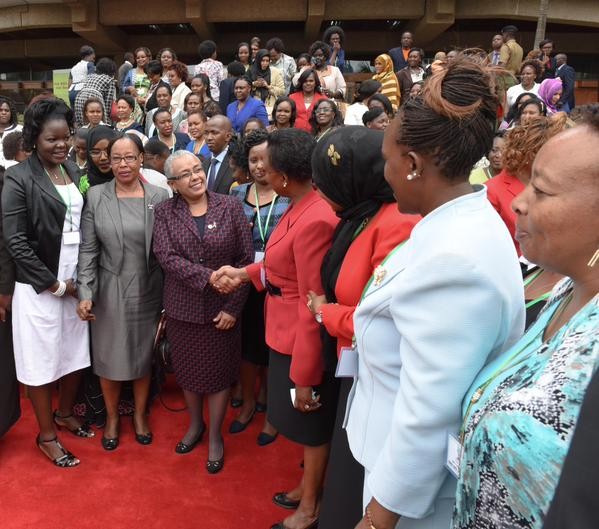 First Lady Margaret Kenyatta interacts with members of the NALSA at KICC, Nairobi [photo credit: smartkenya.co.uk]
<p>Efforts to ensure that no more than two-thirds of elected leaders are from one gender received a shot in the arm after a section of legislators formed a caucus to spearhead the campaign.&nbsp;<span style="line-height: 20.3999996185303px;">The ‘Green Amendment Campaign’ comprising of 11 members of the National Assembly and a senator are proposing that each county elects two senators a man and a woman, and have the number of women members elected in special seats increased to 136 from the current 47.</span></p><p>With only about two months to the expiry of the deadline in which parliament is required to come up with modalities of implementing the constitutional requirement, pressure has been on the National Assembly and the Attorney General to hasten the efforts.</p>
Read the full article here: Smart Kenya