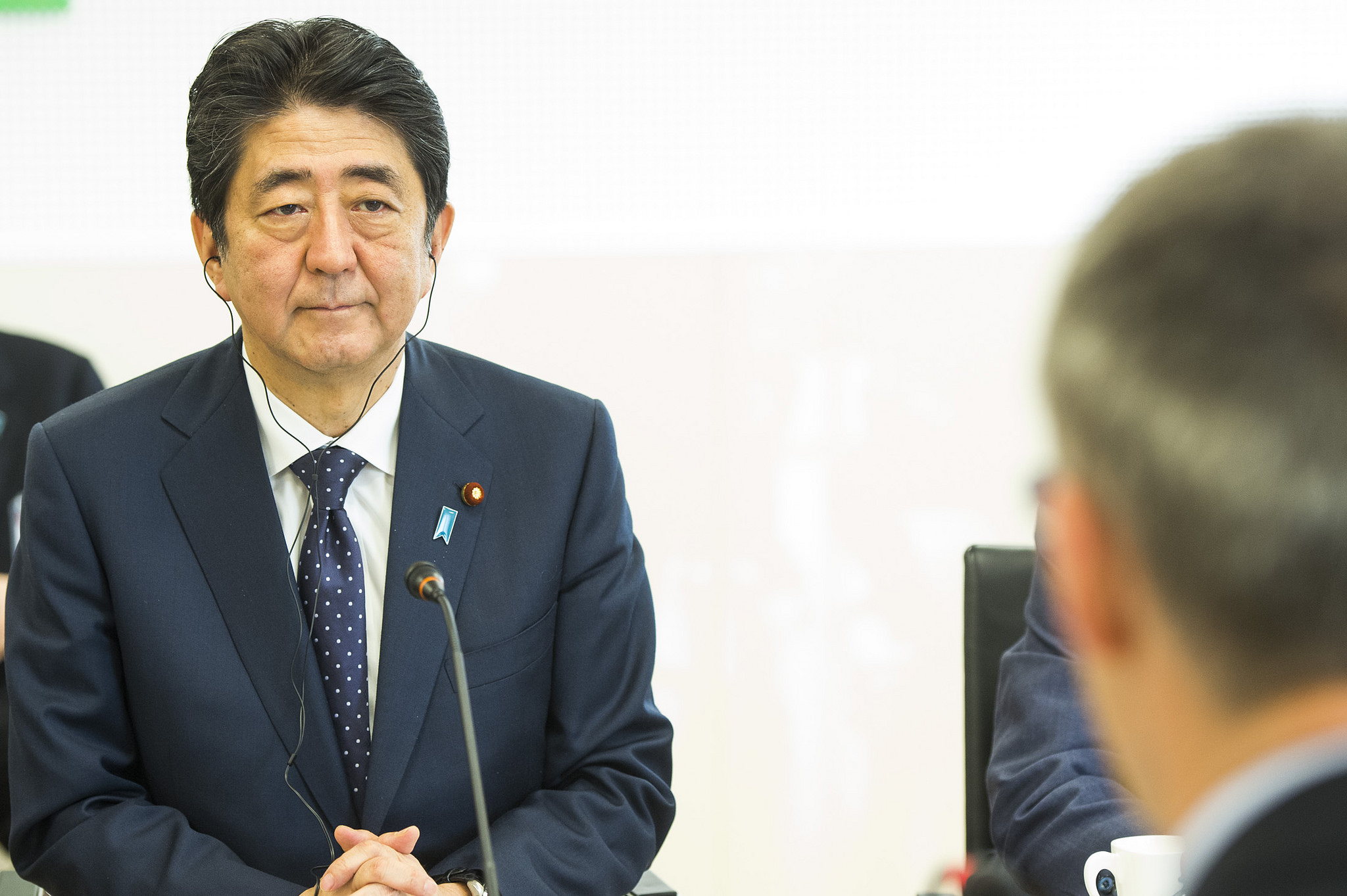 photo credit: NATO North Atlantic Treaty Organization/flickr
Prime Minister Shinzo Abe won a commanding victory in a vote for the leadership of Japan’s governing party on Thursday, moving him closer to his dream of becoming the longest-serving prime minister in the country’s history and fueling his hopes of revising its pacifist Constitution. [ . . . ] Domestically, Mr. Abe’s biggest test could come as he tries to revise Japan’s war-renouncing Constitution, which was enacted by American postwar occupiers in 1947. “I’d like to work on constitutional reform together with you,” Mr. Abe said in his victory address to the Liberal Democrats. Amending the pacifist clause has long been one of his most cherished goals, as his grandfather, former Prime Minister Nobusuke Kishi, tried and failed to do. Analysts said that Mr. Abe faced considerable risks, given that any change to the Constitution has to be approved not only by Parliament, but by the general public.
Read the full article here: New York Times