Italian constitutional reforms: Towards a stable and efficient government 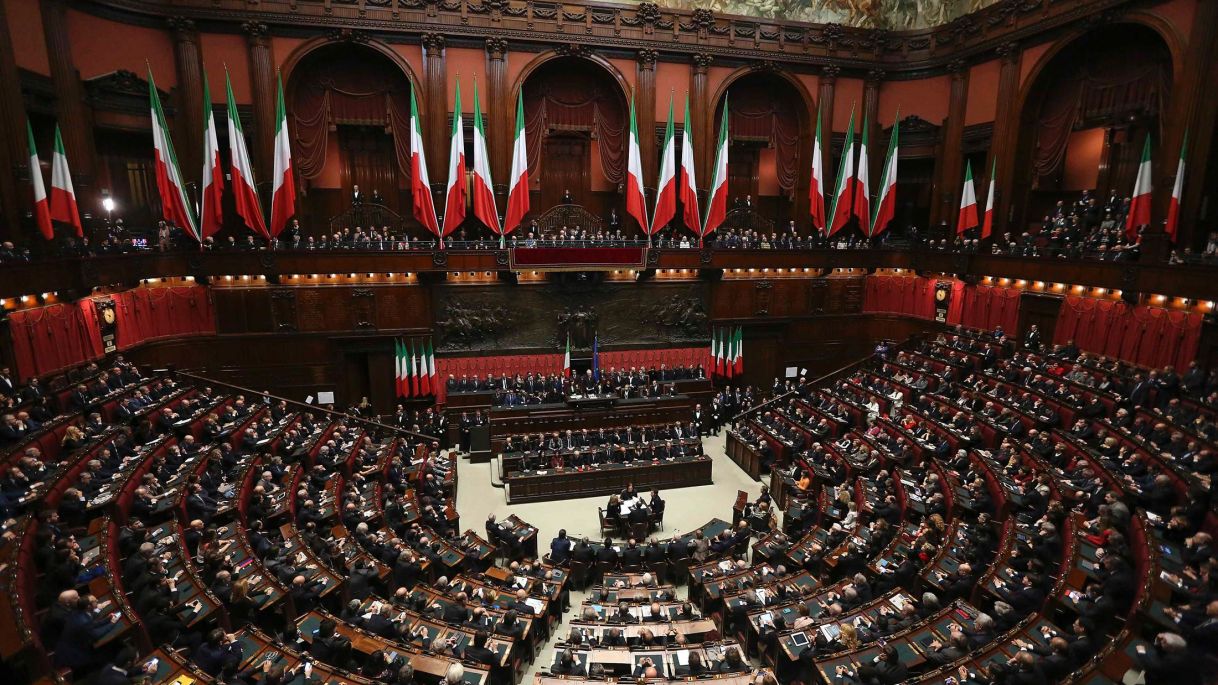 In a bid to address recurrent problems of government instability, Italy is undertaking far-reaching constitutional reforms weakening the Senate and centralising powers. Despite consensus on the need for reforms, the outcome of the referendum remains open – writes Francesco Clementi.

By October 2016, Italy will hold a constitutional referendum on a package of reforms involving the future of bicameralism and the powers and influence of the Senate and the Regions. An absolute majority of both houses of the Italian parliament approved the proposals twice, as required in the constitution. A referendum is compulsory as the amendments did not obtain the 2/3 majority necessary to avoid it. The reforms are intended to enhance governability by enabling the legislature to establish a functioning government to address problems of instability and legislative paralysis that have characterised Italian democracy, which has witnessed 63 governments in 70 years.

The constitutional reforms are significant as they affect 47 articles of the current 134 of the Italian Constitution (originally structured in 139 articles). Three main reasons underlie the decision to extensively amend the Constitution.

First, the “perfect” bicameral system has proved to be more an instrument of political vetoes between the two chambers than a real second legislative check. The two houses of parliament are elected simultaneously based on the same electoral system for the same term from largely overlapping constituencies. The government is also responsible to and must have the confidence of both houses of parliament. In addition, both houses must pass all laws in exactly the same terms. This has led to legislative paralysis disrupting much needed reforms.

Secondly, since 1983, efforts to address the complex political party system through institutional reforms, including three parliamentary bicameral commissions, have failed.  The need for reforms became urgent following the outcome of the February 2013 elections, which produced a political stalemate with no clear winners. The elections resulted in an exceptional situation, which was close to a regime crisis from a historical and constitutional point of view.  The three main parties - the Democratic Party, which as the largest national party won the majority bonus in the Chamber of Deputies, the People of Freedom, and the Five Star Movement, led by the comic actor Beppe Grillo, who was making his debut in a national political election and who managed to obtain 25.55 percent of the votes – were each politically opposed to the others. None of the parties had a majority in the Senate, undermining the formation of a stable government. The fourth party, the Civic Choice, led by the former Prime Minister Mario Monti was too weak to be able to swing the balance and to allow the formation of a majority government. The political deadlock necessitated the re-election for the first time of the same Head of State, Giorgio Napolitano, to bring Parliament together, and to serve as a figure able to stabilize, promote and defend state institutions and the political and governmental processes.

The third factor is the context of economic crisis which has contributed to a sense among the general public of lack of responsiveness of Italian institutions to address the troubles of our times. This necessitates the establishment of institutions and processes that efficiently and timely respond to emerging economic challenges.

The constitutional reforms will have two major effects: weakening and downsizing the Senate, and streamlining the division of powers between the national government and the Regions. The proposals form part of an ambitious and wide-ranging constitutional reform initiated as an important part of a program of reforms strongly promoted and sustained by Matteo Renzi’s Government, since it came to office on 22 February 2014, including changes to the electoral system that will take effect from July 2016. The proposals are so central to Matteo Renzi’s programmes that he has indicated that he would resign if the reforms are rejected.

A new electoral law, so called “Italicum”, was approved on 4 May 2015 and will come into force in July 2016. The electoral law is designed to avoid political instability and produce clearer vote outcomes. Under the new electoral law, if a party wins more than 40% of the votes in the first round, it gets 340 (of the 630) seats in the Chamber of Deputies, while the remaining seats are proportionally divided among the other parties gaining more than the threshold 3%. If no party has 40%, a second round is held between the two biggest parties and the winner gets 340 seats, while the others share the remaining seats. The reforms do not apply to the Senate. The new electoral law is expected to improve government stability by producing a solid parliamentary majority.

A smaller and weaker Senate

The constitutional reforms will transform the Italian perfectly symmetric bicameralism into an asymmetric one where the Chamber of Deputies serves as the principal political chamber to express the popular vote, while the Senate serves as a chamber representing regional and local institutions. In particular, only the Chamber of Deputies will pass votes of confidence in the government and has the last vote on the national budgetary law.

The reforms weaken the powers of the Senate and establish it as a sort of second-tier body composed of indirectly elected representatives. The new Senate will have a maximum of 100 members (down from the current 315 directly elected by the voters). Ninety five of the members will be elected by regional councils and autonomous provinces based on their proportional size, out of which 74 must be from regional councils and 21 among the mayors of their respective municipalities. Every region will have at least two senators, and the term of mandate of senators coincides with the term of the local organs electing them. The President of the Republic may appoint up to five senators for a seven-year mandate. The Senators may not receive and are not legally bound by instructions from the regional councils that appointed them.

The reforms will also reallocate the powers between the national government and the Regions to address the fragmentation, overlap, and conflicts in the vertical division of mandates. The constitutional reforms will cancel matters that fall under concurrent or shared legislation. The new division of competences are in most cases outlined based on the judgments of Constitutional Court, that since 2001 have clarified the authoritative way of interpreting the constitutional relationships between the national level and the Regions. The reforms specifically confer some powers, which currently fall under concurrent jurisdiction, to the national level (for example, strategic infrastructures, energy production and distribution, environment, competition). The amendments also introduce a "supremacy clause" whereby the national government may legislate on matters falling under regional jurisdiction whenever such legislation is necessary to preserve the legal or economic unity or the national interest of the nation.

In addition, the reforms simplify the institutional level of government abolishing the constitutional provision on provinces, a level of government between the national government and the Regions. To reduce public spending, the reforms oblige the Regions to respect the level of expenditure provided by the general national budgetary law. The reforms also establish ceilings for the remuneration of members of regional organs, and abolish the allowances for political groups in regional councils and for senators.

The constitutional amendments will also abolish the National Council for Economics and Labour, a consultative body for the Parliament and the Government on matters concerning economic and social legislation. The Council currently has the power to initiate legislation and may provide opinions to the Parliament and the Government. The reductions are part of the broader drive to contain costs arising from institutional activities.

Recent general surveys show that voters are likely to favour the reforms. Former President of Italy, Giorgio Napolitano also supports the reforms, although he has expressed concerns over the personalisation of the referendum linking the outcomes to the popularity of Matteo Renzi. Several groups, like Confindustria – the main association representing manufacturing and service companies, other associations, newspapers, and religious reviews, like the famous “Civiltà Cattolica”, also favour the proposed reforms. Moreover, legal scholars have written a manifesto to promote the changes.

Nevertheless, some of the opposition parties strongly oppose the reforms on the ground that they undermine democratic checks on the executive, particularly when seen in conjunction with the electoral reforms. Some academics have also criticized the reforms as damaging the principles of political representation and institutional balances, swinging “the institutional axis in favor of the government”. They are also concerned that the dominance of any governing party may allow it undue influence in the appointment of the President of the Republic and members of independent organs, such as the Constitutional Court.

Overall, on balance, my view is that the proposed constitutional reforms will ensure a competitive democratic system based on a stable government and parliamentary majority. They will also overcome historical problems of legislative inefficiency and streamline the relationship between the national government and the Regions. There is broad consensus that Italy needs mechanisms to enhance government stability and responsiveness. The status quo appears to be unsustainable. Nevertheless, the proposed reforms that will be put to a referendum face strong resistance, making the outcome of the referendum broadly open.

Francesco Clementi is Associate Professor of Comparative Public Law at the University of Perugia, Italy. In 2013-2014, he was appointed by the Italian Government to the special Commission of Experts to prepare a report on constitutional reforms for the Italian Parliament. He contributes on political-constitutional issues for the Economic Italian National Newspaper, “Il Sole 24 Ore”. He tweets @ClementiF

Bancki 23 June 2016
"he two houses of parliament are elected simultaneously based on the same electoral system" Not exactly, both are elected by a "reinforced proportional" system, but while in the chamber there is a national bonus for the national winner, in the senate, the systems works region-by-region and the regional bonuses for the regional winners can cancel each other out nationally, which makes the senate more proportional, less majoritairan than the chamber. In other words, while the systems aways produce a clear winner (in seats) in the chamber, nothing guarantees that winner a majority in the senate, see election results of 2006 and 2013.
Adem Abebe 23 June 2016
Dear Bancki, many thanks for the comments. You are right, there are slight differences in the way the two houses are composed. Nevertheless, due to word limits, the author had to summarize, on a broader level. We could not therefore provide details on the nuances. Your comments will help readers take note of the nuances. Thanks again. If you would like to receive updates on constitutional developments around the world, you may subscribe to our newsletter here: http://www.constitutionnet.org/dashboard