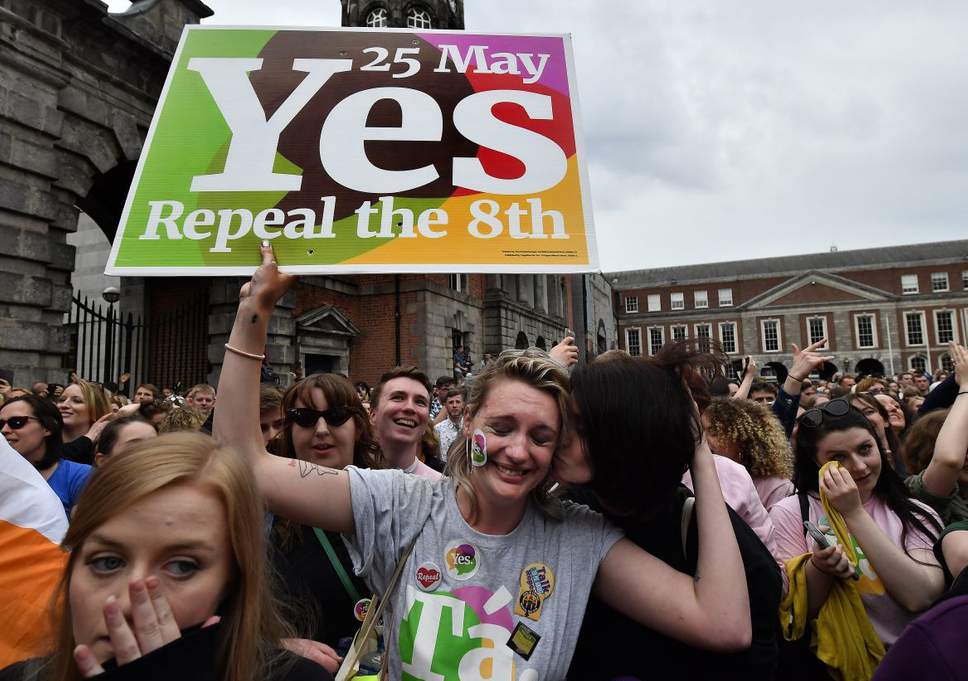 The Irish government's decision to hold a referendum on Article 41.2 comes two months after the Irish people voted to allow access to abortion (photo credit: The Independent/Getty)
The move on Thursday was the latest to update Ireland’s socially conservative 1937 constitution to reflect a more secular and socially liberal population. It comes after the country voted in a major referendum earlier this year to allow access to abortion, and a referendum introduced gay marriage into the constitution in 2015.
Read the full article here: The Independent