Innovations in the draft Constitution of Burkina Faso 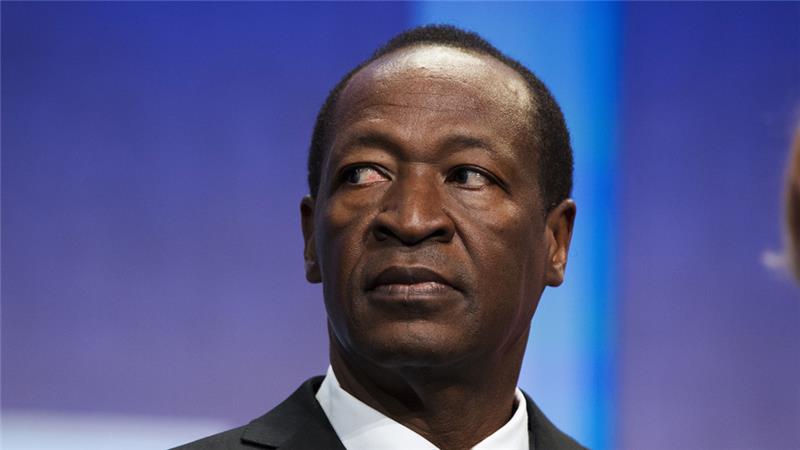 If there is one political issue that has dominated the minds of Burkinabe during the last months of 2016, it is undoubtedly the work undertaken by the Constitutional Commission. In charge of drafting a new Constitution for Burkina Faso, the Constitutional Commission was set up by the President du Faso in response to his campaign promise to endow the country with a new Constitution after his election; a promise he reiterated at his inauguration. For some political analysts and some political parties, the 1991 Constitution was manipulated in favor of one specific individual (President Compaoré). It was thus no surprise to see calls for the revision of the 1991 Constitution in order to remove the provisions whose implementation led to the popular uprising of October 2014 which overthrew the President.

The President du Faso proposed the drafting and adoption of a new Constitution in order not only to break with certain practices of the past but also to accommodate the spirit of the popular uprising. The act establishing the Constitutional Commission was adopted by the Conseil des Ministres (Council of Ministers) on 16 March 2016. After a few observations made by political parties of the opposition relative to their representation on the Commission, the decree establishing the Constitutional Commission was adopted. Its implementation was followed by the official appointment of the 92 members of the Commission who had a period of 60 days to submit a draft Constitution.

The major innovations introduced in the draft Constitution are mainly on the Bill of Rights, the mandates of the President and the Members of Parliament (MPs), the hyper-presidential system, the unicameral parliament and some important transitional provisions.

Strengthening the Bill of Rights

The Bill of Rights in the draft Constitution is composed of 41 articles compared to the 30 articles of the 1991 Constitution. The draft Constitution strengthens the rights of vulnerable groups such as children and women and places special emphasis on the abolition of the death penalty, socio-economic rights, youth and the environment as well.

The death penalty always provokes very passionate debates in Burkina Faso between the supporters on one side and the detractors on the other. It has been generally perceived as abolished de facto, given that the last person sentenced to death and executed in Burkina Faso dates back to the late 1970s. People are still sentenced to death but none has been executed since then. The introduction of its abolition in the present draft Constitution will undoubtedly raise debates during the meetings of the Constitutional Commission. Already in 2011, the abolition of the death penalty was one of the contentious points of the national forum organized by the Cadre de Concertation sur les Reformes Politiques (Dialogue Framework on Political Reform) in the aftermath of the military mutinies. At that time, Burkina Faso had never been subjected to a terrorist attack; however the proliferation and persistence of armed attacks perpetrated by armed robbers had led the pro-death penalty advocates to harden their position. Although the work performed by human rights organizations in promoting its abolition has been remarkable in recent years, the sub-regional context in general, which is marked by terrorist threats and attacks, may create strong opposition to such an abolitionist action.

The draft Constitution also provides that the State shall ensure the protection and the promotion of the youth through training, socio-professional integration, effective participation in the management of public affairs and their development. This interest in youth comes from the fact that not only it is a vector of development but also because the youth played a crucial role in the political transformations that Burkina Faso has undergone. Consequently, this is an implicit acknowledgment that youth must be at the heart of the development plans and programs of the country.

The last articles of the Bill of Rights are devoted to the environment. The Paris Climate Agreement adopted in December 2015 has left its mark. It should also be noted that in Burkina Faso the last decades have been marked by the opening of several mining companies. While the exploitation of the mines is a source of revenue for the country, the negative consequences on the environment are not currently controlled. The laxity shown by the previous regime with regard to the protection of the environment seems to be addressed by the Constitutional Commission which constitutionalizes protection for the environment.

Based on manipulations, recurrent revisions and re-interpretations of presidential term limits contained in article 37, the long reign (27 years) of the Compaoré regime ultimately led to the October 2014 popular uprising, which left a bitter taste in the mouths of the Burkinabe people. Article 37 stipulates that the head of state (Président du Faso) is elected for 5 years and can be re-elected once. Since its initial version in the 1991 Constitution, article 37 has had a very animated history. It has been manipulated and revised some times to limit, other times to extend the number of presidential terms in office.

In the draft constitution, the president du Faso is elected for a five-year term, renewable only once. The spirit of the popular uprising is thus accommodated in the draft Constitution, one might say. Indeed, the ambiguity surrounding the provisions of Article 37 of the current Constitution led the Compaoré regime to attempt a final modification of the said article. In the previous draft Constitution proposed during the transition but not adopted due to some circumstances, the National Transitional Council (CNT) had tried to solve the question with the last constitutional review in 2015. We must concede that the Constitutional Commission went even further by proposing in a paragraph that no one may exercise more than two terms of office as President du Faso either consecutively or intermittently.

The limitation of the mandate is extended also to Members of Parliament (MPs) and to the Président de l’Assemblée Nationale (the Speaker). Thus, no MP can hold more than three terms of office, be it consecutively or intermittently. As far as the Speaker is concerned, he/she is elected for the duration of the legislature (five years) and may be re-elected only once.

Some political analysts argue that such a limitation of the mandates of MPs will allow a renewal of the political class. These provisions would encourage young people in Burkina Faso to become more involved in politics. The end of parliamentary mandates does not mean the end of political activities for a former parliamentarian, but such a measure could negatively affect the quality of electoral competition. This measure would exclude from electoral competition men and women with long experience in politics. Our country may find itself at a point in its political life deprived of the best political actors. That situation will cause damage to the country. A man or woman who has exhausted their terms will no longer engage themselves with the same force or fervor in an election without a direct personal stake.

A remarkable aspect of the draft Constitution is the restrictions placed on the power of the President du Faso. Formerly perceived as an elected ‘monarch’, the Constitutional Commission seems to create a balance by making some adjustments to the set of presidential powers.

It is important to note that all the powers listed above are concentrated exclusively in the hands of the President du Faso in the current Constitution.

Abolition of the Senate from the institutional framework

The number and the duration of the presidential terms are an integral part of the entrenched provisions. The previous regime had justified the multiple revisions of article 37 by the fact that it was not among the entrenched provisions. The entrenchment brought by the Constitutional Commission responds to a request from the society and the political class. This provision will help to avoid revisions made with the aim to satisfy the personal and selfish interests of an individual. Such a provision, if it had been inserted in the present Constitution would certainly have prevented the country from the long reign of President Compaoré which led to the popular uprising of 30-31 October 2014.

The last but not least innovation is the introduction of a chapter especially reserved for the transitional provisions. This is a first in the constitutional history of Burkina Faso and those provisions shed much light on certain aspects on which the previous regime had leaned to perpetrate the long reign of President Compaoré. Thus, it is clearly stated that the provisions on the mandate of the President of Faso are immediately applicable and consequently the President-in-Office can only claim a single re-election. The same applies to the terms of office of the President of the National Assembly and the MPs.