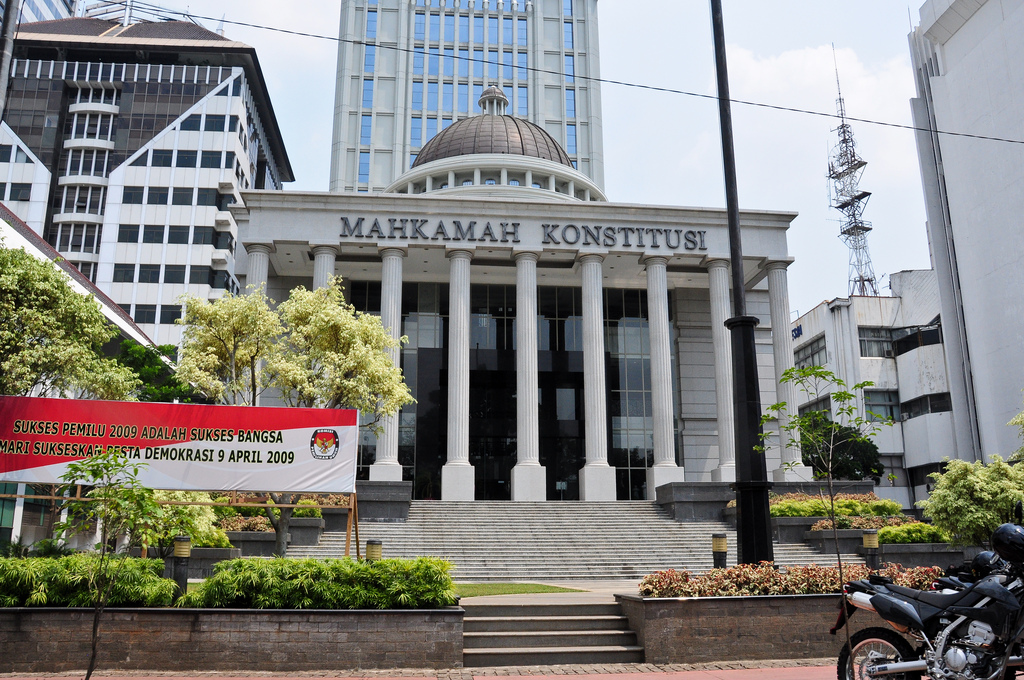 photo credit: Kent Kanouse/flickr
The Constitutional Court has once again upheld the threshold for political parties in nominating presidential candidates, in the latest and perhaps the last ruling on such a case before the concurrent presidential and legislative elections next year. The nine-panel bench rejected on Thursday a petition filed by a group comprised of activists and academics who challenged Article 222 of the 2017 Elections Law, which stipulates the presidential threshold. Article 222 of the 2017 law stipulates that a party or a coalition of parties is required to secure at least 20 percent of the seats at the House of Representatives or 25 percent of the popular vote to be eligible to nominate a candidate in the 2019 elections. In its ruling, the justices maintained that the threshold requirement was constitutional and that the court had shown its stance on the matter in a ruling on a similar article in the 2008 Election Law in 2009 and a ruling on Article 222 of the 2017 law in January this year.
Read the full article here: The Jakarta Post