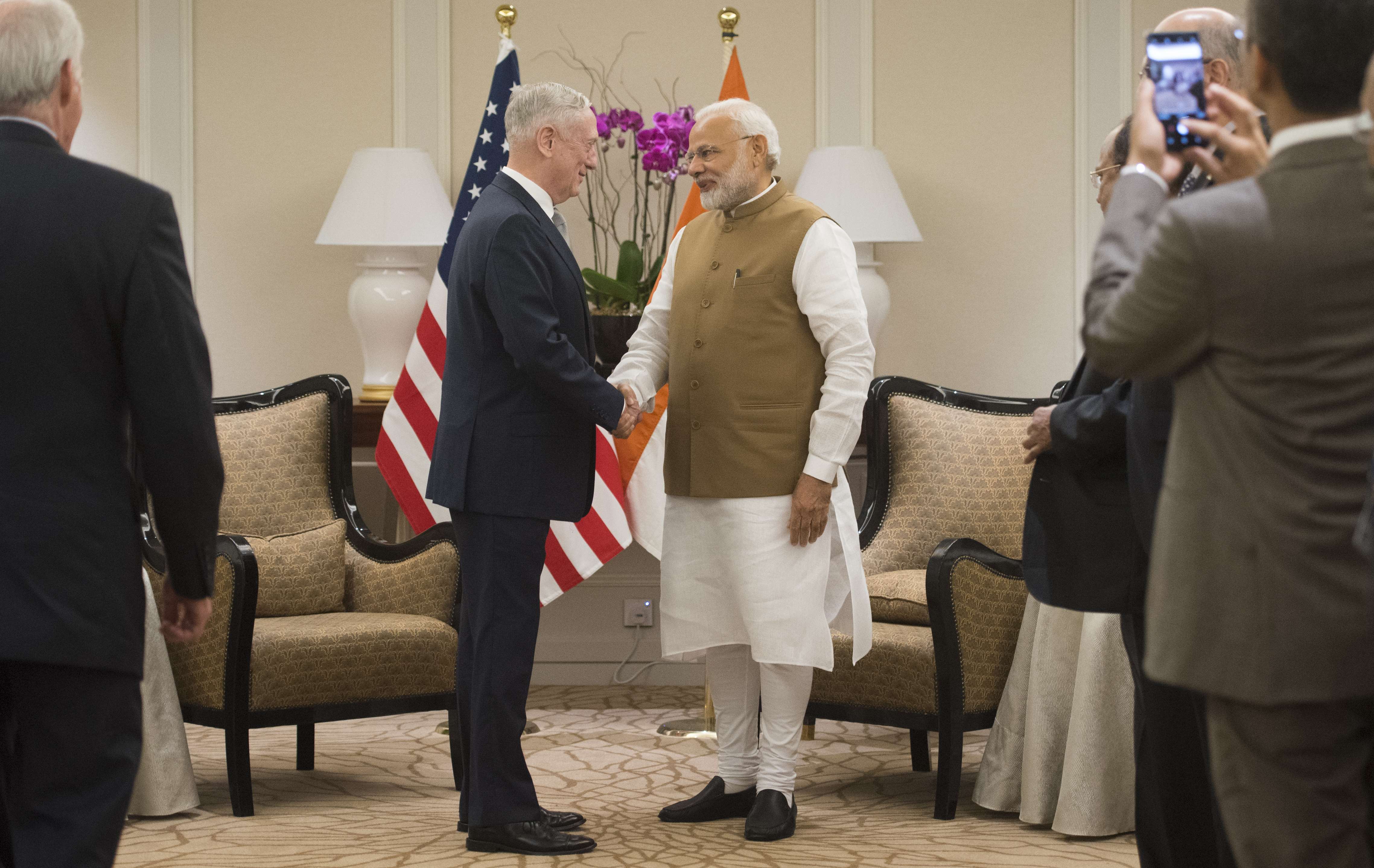 Indian Prime Minister Narendra Modi (photo credit: U.S. Secretary of Defense/flickr)
Article 371 of the Indian Constitution is a special provision which will not be altered by the BJP-led NDA government, Union Home Minister Amit Shah said Sunday. Addressing the 68th plenary session of the North East Council in Guwahati, Assam, Shah said that while Article 370 was temporary in nature, Article 371 is about special provisions in the North East. "After the abrogation of Article 370 in Jammu and Kashmir, there were attempts to misinform and misguide the people of North East that Article 371 would also be scrapped by the Centre," PTI quoted Shah as saying. "I think it is important to clarify the difference between the two. Let me make it clear that the Prime Minister and the BJP government respects Article 371 and 371 (A)," he said.
Read the full article here: Millennium Post