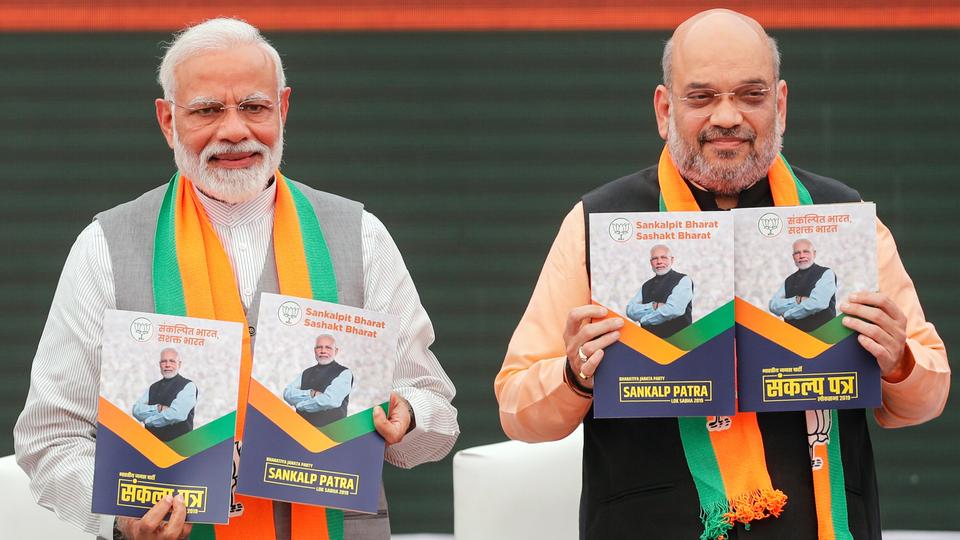 Indian Prime Minister Narendra Modi and chief of India's ruling Bharatiya Janata Party (BJP) Amit Shah (photo credit: Reuters)
India's Hindu nationalist Bharatiya Janata Party said on Monday it would remove decades-old special rights for the people of India-administered-Kashmir, making an election promise that could provoke a backlash in the country's volatile only Muslim majority state. "Nationalism is our inspiration," Prime Minister Narendra Modi said at the release of the BJP's election manifesto at the party headquarters in New Delhi. Modi's BJP has consistently advocated ending disputed Kashmir's special constitutional status, which prevents outsiders from buying property in the region, arguing that such laws have hindered its integration with the rest of the country. "We believe that Article 35A is an obstacle in the development of the state," the BJP manifesto said, referring to the 1954 amendment to the constitution.
Read the full article here: TRT World