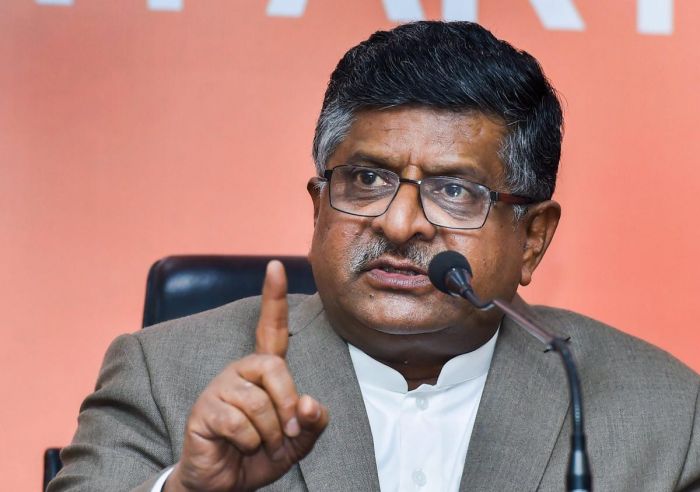 Indian Law Minister Ravi Shankar Prasad (photo credit: PTI)
The government is planning to bring an ordinance to overturn the Supreme Court verdict putting safeguards on arrests under the SC/ST (Prevention of Atrocities) Act and subsequently introduce a bill to insulate it from further judicial scrutiny. The government is likely to introduce the bill in monsoon session of Parliament to incorporate the legislation in the Ninth Schedule of the Constitution, laws under which cannot be challenged in courts. Through the ordinance, the government will reintroduce provisions of the act which it feels were diluted by the Supreme Court verdict in March this year. The "dilution" triggered massive protests by various Dalit and political outfits, during which nearly a dozen people were killed.
Read the full article here: Press Trust of India