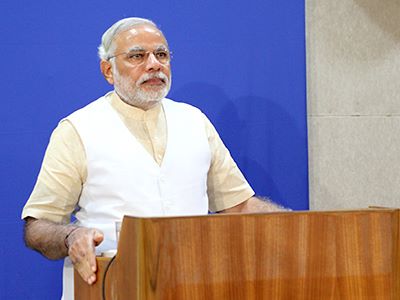 Indian Prime Minister Narendra Modi (photo credit: Narendra Modi/flickr)
The Centre on Thursday said it is yet to conclude talks with Naga insurgent groups and will consult all stakeholders including the states of Assam, Manipur and Arunachal Pradesh before finalisation of any settlement. In a statement, the Union home ministry said that it has come to the government‘s notice that lot of rumours and misinformation is being spread in the media including social media that the final Naga settlement has been arrived at and will be announced soon.
Read the full article here: Conrad Courier