IGAD calls for suspension of unilateral decentralisation in South Sudan, stating that it violates the peace deal 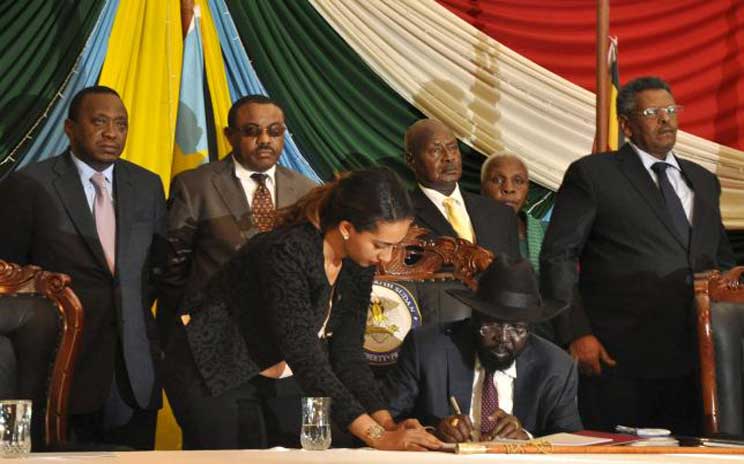 South Sudan’s President Salva Kiir (seated) signs a peace agreement in Juba, August 26, 2015. (Photo credit: Reuters/Jok Solomu)
<p>The East African regional bloc, the Intergovernmental Authority on Development (IGAD), has issued a strong worded statement calling on president Salva Kiir to suspend his order creating 28 new states and follow the mechanisms provided in the peace agreement he signed with the armed opposition leader, Riek Machar, in August.</p><div></div><div> <p>President Kiir on 2 October issued an order to create 28 states contrary to the peace deal which is based on the current 10 states in the country and deferred the proposal to be worked out under the Transitional Government of National Unity (TGoNU).&nbsp;</p>
Read the full article here: Sudan Tribune