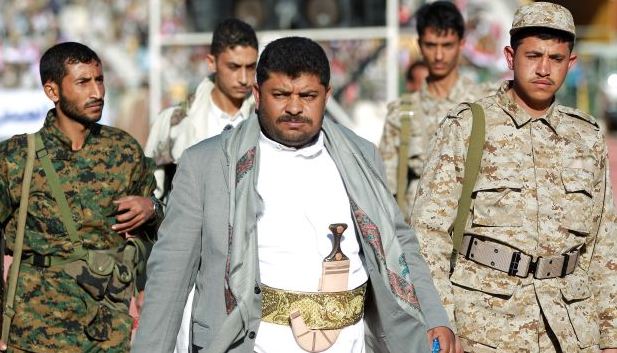 The president of Yemen’s “Revolutionary Council,” Mohammed Ali Al-Houthi, takes part in a gathering of Shi’ite Houthi movement in a northern Sana’a stadium on February 7, 2015. (AFP Photo/Mohammed Huwais)
<p>Sana’a and Riyadh,&nbsp;<em>Asharq Al-Awsat</em>—Recent moves by the Shi’ite Houthi movement to dissolve parliament and form a new government in Yemen are “unconstitutional,” according to alleged Houthi ally former president Ali Abdullah Saleh.</p><p>Saleh, whom many in Yemen believe has aided the group’s gradual takeover of state and military institutions and facilities throughout the country, denounced the “constitutional declaration” issued by the Houthis on Friday as invalid.</p><p>Speaking to reporters in Sana’a on Saturday, he said such a declaration could only come from “a constitutional president who announces it while drawing on that constitution, and not in the form of a unilateral political announcement masquerading as a constitutional one.”</p>
Read the full article here: Asharq Al-Awsat