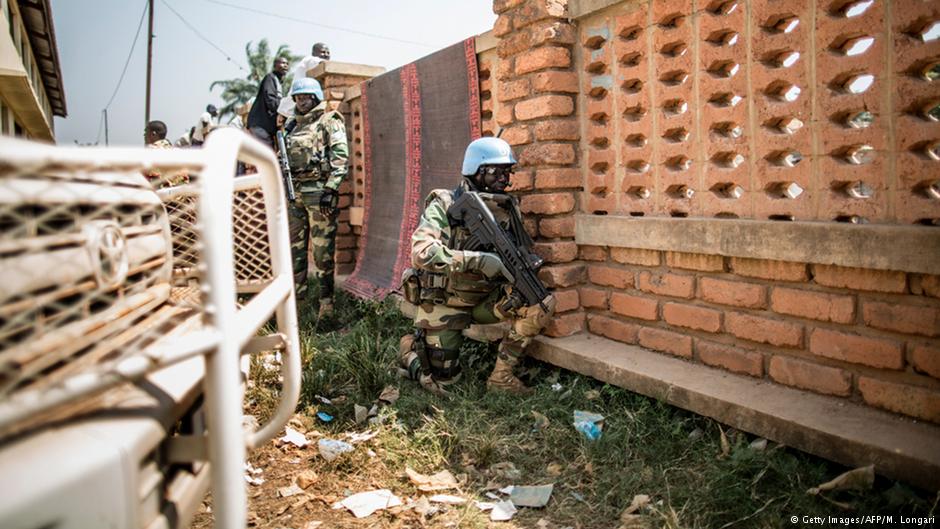 MINUSCA troops (photo credit: AFP)
<p>Machine-gun fire and explosions of rocket propelled grenades could be heard as voters went to the polls to cast their ballots Sunday in a constitutional referendum seen as a means of restoring stability in the country.&nbsp;<span style="line-height: 20.4px;">The sporadic violence left at least two people dead after gunmen opened fire in the PK5 neighborhood of Bangui, with some 13 people shot and injured. The fighthing forced voting stations to close.</span></p>
Read the full article here: Deutsche Welle