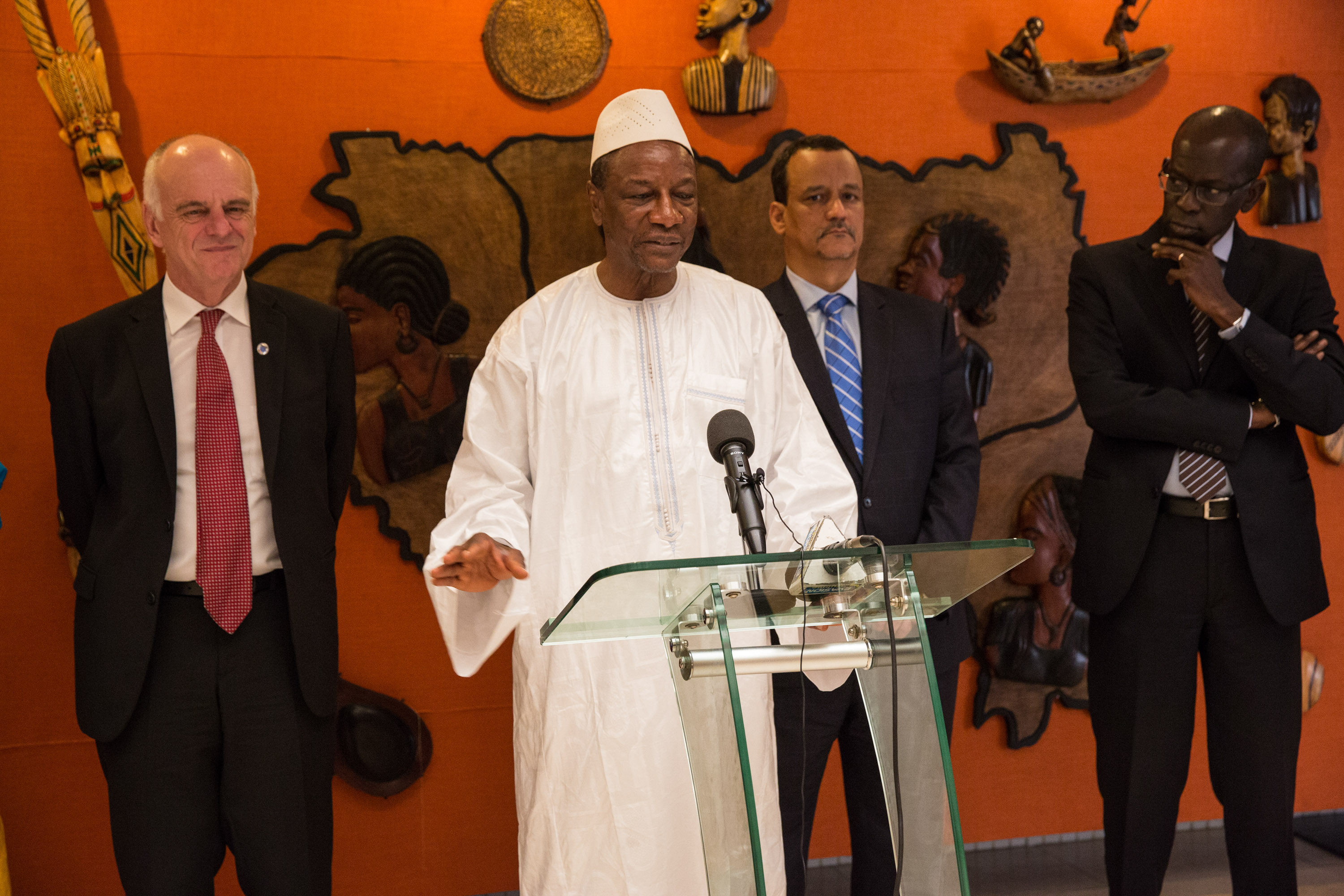 President Alpha Condé of Guinea (photo credit: UNMEER/flickr)
Guineans took the polls Sunday in a controversial referendum to revise the constitution, paving the way for President Alpha Conde to seek a third term, despite concern from the European Union and regional heads of state. The vote that takes place on the same day as long-delayed parliamentary elections is widely seen as a power grab by the 82-year-old president, who assumed office in 2010 and is due to step down this year after completing two five-year terms.
Read the full article here: Bloomberg