In Ghana, referendum on constitutional amendments on local elections set for December 2019 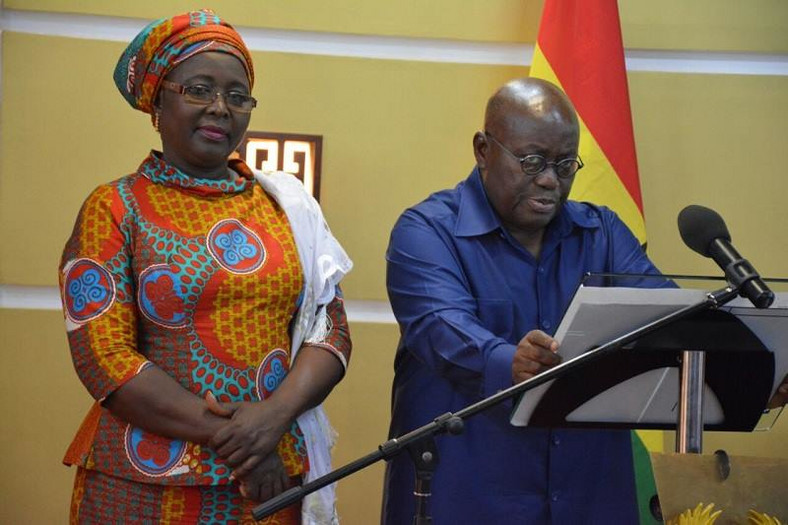 Minister of Local Government, Hajia Alima Mahama (photo credit: Pulse)
The Ministry of Local Government and Rural Development has set out December 29 as the day for a referendum on the election of Chief Executive Officers of Metropolitan, Municipal and District Assemblies. This was announced by the sector minister, Hajia Halima Mahama at the 'Meet The Press' series in Accra. She said the amendment Bill of Article 243 (1) on appointment of MMDCEs has been approved by Cabinet, Gazetted, laid in Parliament and has been referred to the Constitutional, Legal and Parliamentary Affairs Committee of Parliament. The Minister added that a National Campaign Strategy has been developed to facilitate a successful national referendum, which will be conducted alongside the District Level Elections, in December 2019.
Read the full article here: Pulse

Ghana
Resources Voices from the field About ConstitutionNet