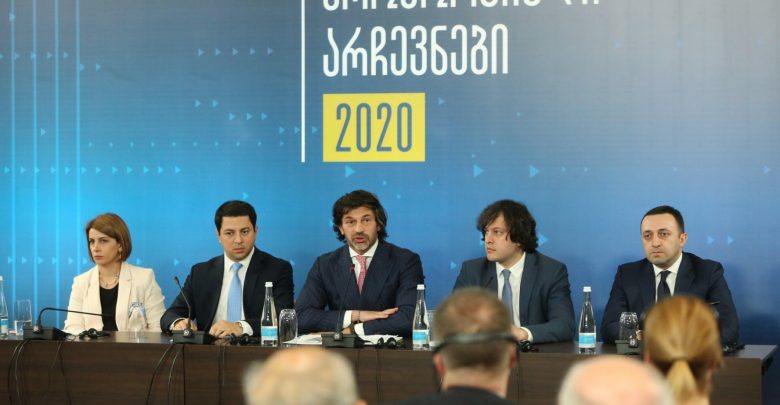 Ruling party MPs present proposed amendment (photo credit: Parliament of Georgia)
The amendment is to be made to the transitional provision of the new Constitution which was adopted in September 2017. This transitional provision says the current, mixed election system will remain in force for 2020 general elections, thus delaying until 2024 the entry into force of the Constitution provision that foresees a proportional system with 5% threshold. The ruling party lost the constitutional majority in the Parliament several months ago; so, it will need the opposition’s support to endorse the proportional system from 2020.
Read the full article here: Civil Ge