France's Sarkozy would change constitution to ban burkinis if re-elected 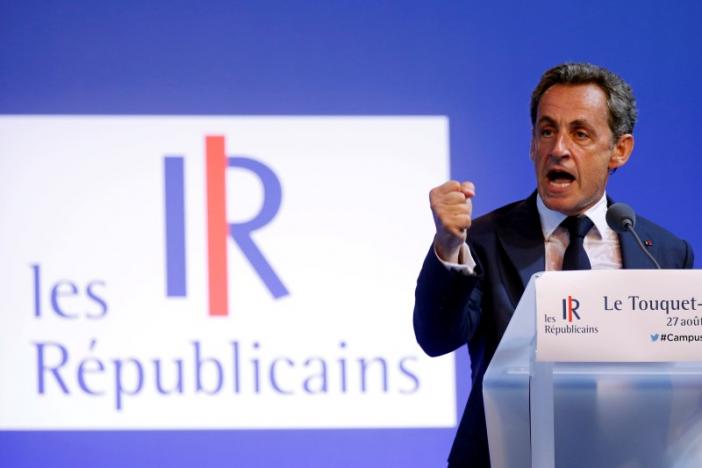 Nicolas Sarkozy, former head of the Les Republicains political party and former French president, attends the party's weekend summer university youth meeting in Le Touquet, France August 27, 2016 (Photo credit: Reuters/Pascal Rossignol)
<p><span style="line-height: 20.4px;">Former French president Nicholas Sarkozy said on Monday he would change the country's constitution to ban full-body burkini swimsuits if he is re-elected to his former role in a vote next April.</span></p><p><span style="line-height: 20.4px;">Positioning himself as a defender of French values and tough on immigration, the conservative said last week that he would impose a nationwide ban on the swimwear that has divided the Socialist-led government and dominated French political debate through much of August.</span><span style="line-height: 20.4px;">&nbsp;</span></p>
Read the full article here: Reuters