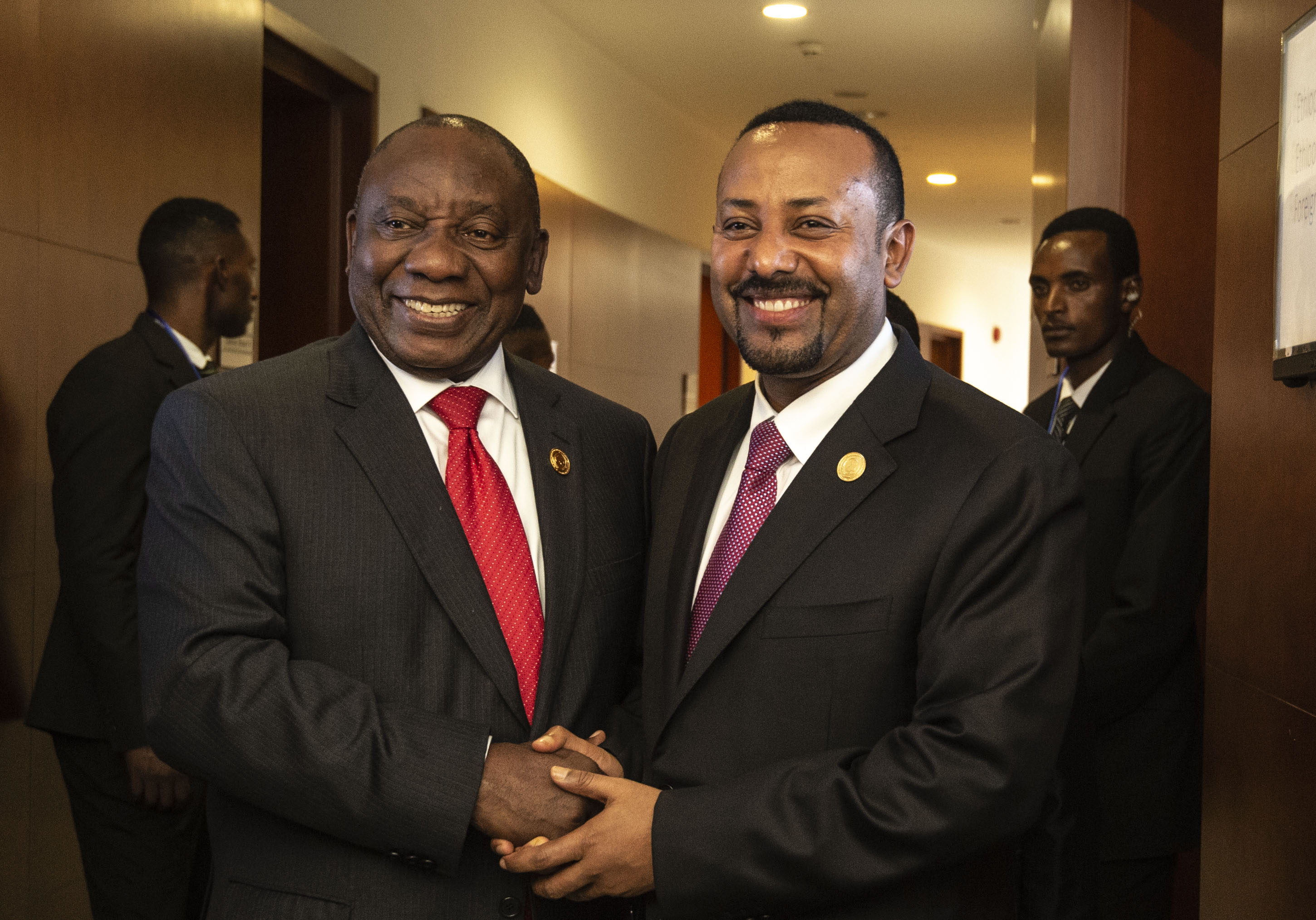 Prime Minister Abiy Ahmed of Ethiopia (photo credit: GovernmentZA/flickr)
Following the suspension of the upcoming July general election because of COVID-19, which forced the country to declare a state of emergency for five months, the Government of Ethiopia has presented a study to political parties with four potential options on the way forward. The options aim to address legally how Ethiopia should be governed and by whom after the current parliament mandate expires. The fact that the mandate of the current ruling party will be concluded during the first week of next October has led the government of the reformist Prime Minister Abiy Ahmed to launch a study on the future direction.
Read the full article here: New Business Ethiopia