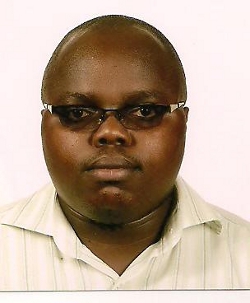 When Kenya’s 2007 presidential elections turned sour, the key stakeholders including took the battle to the streets to settle differences which resulted in an eruption of violence that displaced 500,000 Kenyans and claimed almost 1,500 lives. In 2013, a different scenario unfolded, with Raila Odinga choosing a judicial forum to challenge main opponent Uhuru Kenyatta’s election as president, and subsequently submitting to the court’s decision to uphold Kenyatta’s victory.

This development attracted numerous analyses and commentaries seeking to explain the factors behind the recourse to a judicial forum. While rightly alluding a great deal to the 2010 constitutional reforms, many observers limited themselves to the principles enshrined in the text. Others alluded to the unforgettable legacy of 2007 and the prospects of prosecution under international criminal law for any alternative approach that spirals out of control. While relevant, these analyses overlook the more practical developments unfolding on the ground. Which are these?

At the time of the 2007 elections, the Kenyan judiciary was perceived as too politicized in favour of the President to objectively adjudicate on electoral or political disputes. One reason for this politicization is the way the judiciary was constituted. For example, before the December 2007 elections, then President Mwai Kibaki unilaterally appointed High Court judges, ignoring a political pact for consultation. This seriously compromised the court’s independence and public confidence. Without an independent and capable judiciary to act as arbiter, Kenyans resorted to violence as a means of dispute resolution.

With a new political and constitutional order concluded in 2010, after three years of negotiations that followed the violence of 2007, a sweeping reconstruction of the judiciary as mandated by the new Constitution was undertaken. A new Judicial Service Commission was established, and a more transparent and inclusive process for the appointment of judges that involved a vetting process by a mixed panel of local and international experts was set up.  Further, the judiciary’s autonomy was guaranteed through the establishment of a judiciary fund wholly controlled by the body itself. These practical reforms in the design of the new judicial architecture resulted in a number of key developments that gave it a favourable boost in the eyes of many.

For instance, in January 2011, President Kibaki sought to appoint Justice Alnashir Visram as Chief Justice.  Article 166(1) of the new Constitution requires that the Chief Justice be appointed by the President in accordance with the recommendation of the Judicial Service Commission and Article 24(2) of the Sixth Schedule required consultation with the Prime Minister.  Kibaki had done neither and when his appointment was rejected by both the Courts and the Speaker of Parliament he was forced to bow to the power of the supreme law of the land and withdraw his candidate. Subsequently, the current Chief Justice, Willy Mutunga, was appointed through a process which followed the Constitutional provisions. It is impossible to say whether Justice Visram would have brought the same energy and dedication to judicial reform which we have seen under Chief Justice Mutunga, but one obvious question is whether Raila Odinga would have submitted his grievance to the court’s final decision had the Chief Justice been a hand-picked Presidential, non-constitutional appointment. Compared to the period up to 2007, the saga over the appointment of the Chief Justice and its outcome was a clear indication to Kenyans, and presumably Odinga, that the new system was working and reliable.

The vetting process was of paramount importance in ridding the judiciary of corrupt and incompetent judges from the ‘old Kenya’.  Article 23 of the Sixth Schedule to the Constitution called for a vetting process to examine the suitability of all existing judges and magistrates to serve in accordance with the principles of the new Constitution. To guarantee transparency, a vetting panel of ten experienced and well- respected multidisciplinary experts, with three of them drawn from South Africa, Ghana and Zambia, was set up to conduct the vetting . The process was not without its challenges and controversies. Its impact, however, is best summed up by influential local newspaper, Daily Nation, which described it as ‘the single most important achievement[…] that for the first time, addressed and laid to rest the grievances Kenyans had against the judiciary…’. Without this process of rebuilding trust between the Kenyan people and the judiciary, it is doubtful whether the Supreme Court of would have been seen as the appropriate forum to hear and decide such a critical case.

In addition to the foregoing, the Supreme Court itself played a key role in promoting its own image as an institution of difference. For instance, in a case involving one of its members, Deputy Chief Justice Nancy Baraza, on abusive conduct, the Court demonstrated its impartiality by recusing itself from a disciplinary process that resulted in removal of the latter. The former Deputy Chief Justice had assaulted a security guard in the Village Market Shopping Mall in January 2012.The incident predictably attracted national attention, and all eyes were on the judiciary to see how it would respond.  The relevant procedures of Article 168 of the Constitution were followed to the letter, with the Supreme Court staying out of the matter, and the Judicial Service Commission forming a sub-committee to investigate the reports and make a recommendation.  The Commission subsequently recommended the suspension of the Deputy Chief Justice, and that the President appoint a tribunal to investigate the matter fully.  The tribunal found for the removal of Deputy Chief Justice Baraza, leading to her resignation.

Lastly, in relation to the elections, the Supreme Court did significant ground work in the run up to the polls to build its credibility and strengthen public trust in it. For instance, it ran various public education progammes, communicating to Kenyans that the courts, not the streets, were where any dispute should be settled.  Chief Justice Mutunga, arguing the need to “prepare the Judiciary for the exceptional roles that it [was] expected to play in the […] elections…” created a committee to, amongst other tasks, prepare the judiciary for elections through intensive trainings and capacity building. The Committee ensured that all electoral laws, rules and regulations complied with the Constitution while providing for a dispute resolution mechanism, communicating openly with the public through the judiciary’s website and other means regarding their progress.  Indications were that should there be a disputed presidential election, the Supreme Court would be seen as a neutral and objective arbiter.

Whether this is still the case, looking at the details of its subsequent ruling on the elections dispute and the reactions it garnered, is a matter for separate analysis beyond the scope of present inquiry. What is important here, however, is that reforms under the Constitution, and driven by the Supreme Court of Kenya itself in the pre-election days, resulted in an image that would not have left even the most sceptical of Kenyans in doubt regarding its ability and competence to resolve any matter brought before it- including the presidential elections- in a credible, transparent and impartial manner.

[1] Advocate, High Court of Kenya| Researcher providing capacity building and support towards the constitutional implementation process| Former Researcher with the Committee of Experts on the Constitution| Views expressed do not represent those of International IDEA.
Disclaimer: The views expressed in Voices from the Field contributions are the author's own and do not necessarily reflect International IDEA’s positions.

Analysis
Constitutional Transitions and Territorial Cleavages: The Kenyan Case: Number 32
by external source
Analysis
Interactions between Elections and Constitution-Building Processes in Fragile and Conflict-affected States
by IDEA
Other
Kenya Supreme Court decision on Presidential petition No. 1 of 2017
by external source
Analysis
Annual Review of Constitution-Building Processes: 2015
by IDEA
More related resources …
ResourcesVoices from the field Interviews
Resources Voices from the field About ConstitutionNet