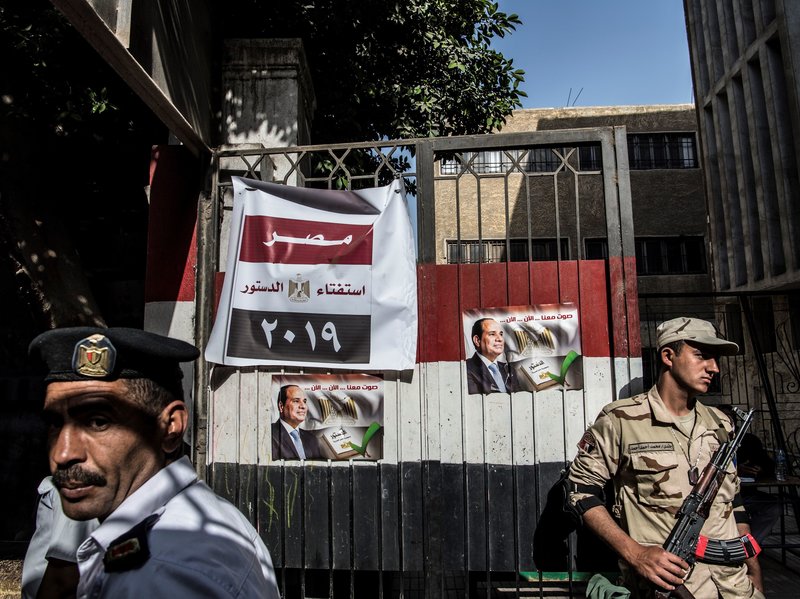 Egyptian soldier and policeman guarding a polling station (photo credit: Khaled Desouki /AFP/Getty Images)
Egyptian voters have approved sweeping constitutional amendments that allow President Abdel-Fattah el-Sissi to remain in office until 2030 and further entrench the power of the military. Voters approved the amendments by 88.83%, according to the National Election Authority, which said that 44.33% of eligible voters took part in the poll. Sissi came to power after deposing Mohammed Morsi, who came from the Muslim Brotherhood, in a 2013 coup. Morsi, a polarizing, democratically elected president, saw mass street protests against his rule. Since his ouster, Sissi has launched a massive and wide-ranging crackdown on dissent.
Read the full article here: NPR