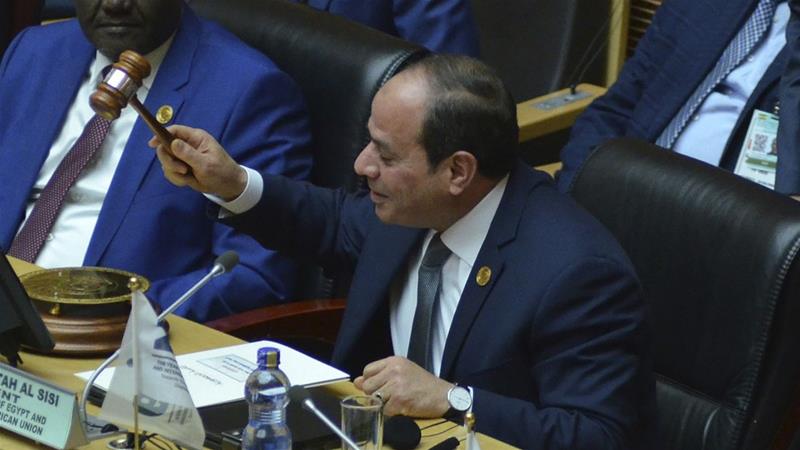 Egyptian President Abdel Fattah el-Sisi at the 32nd African Union Summit in Addis Ababa (photo credit: Samuel Habtab)
Legislators will decide on Wednesday whether to send the constitutional amendments to the legislative committee. Egypt's parliament is accelerating the process of passing constitutional amendments that would allow President Abdel Fattah el-Sisi to stay in office well beyond the end of his current term in 2022. MPs will decide Wednesday on whether to send the amendments to the legislative committee, a vote that was initially scheduled for February 17, parliament spokesman Ahmed Saad el-Din said late Sunday.
Read the full article here: Aljazeera