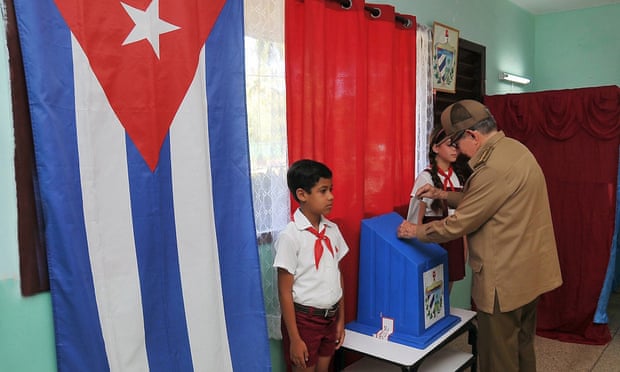 (photo credit: Estudio Revolucion Handout/EPA)
86.85% of voters ratified the document, but in an unprecedented display of ballot-box dissent, more than 700,000 people voted against it. Cubans have overwhelmingly ratified a new constitution that reaffirms that socialism on the island is “irrevocable” while also legalising modest economic reforms instituted over the last decade. But in an unprecedented display of ballot-box dissent on the Communist-ruled island, more than 700,000 people voted “no” to the new founding document. 86.85% of those who voted answered “yes” to the question, “Do you ratify the new constitution of the Republic”. 9% of voters opposed ratification and 4.15% spoiled or left ballots blank. Turnout was 84.4%
Read the full article here: The Guardian