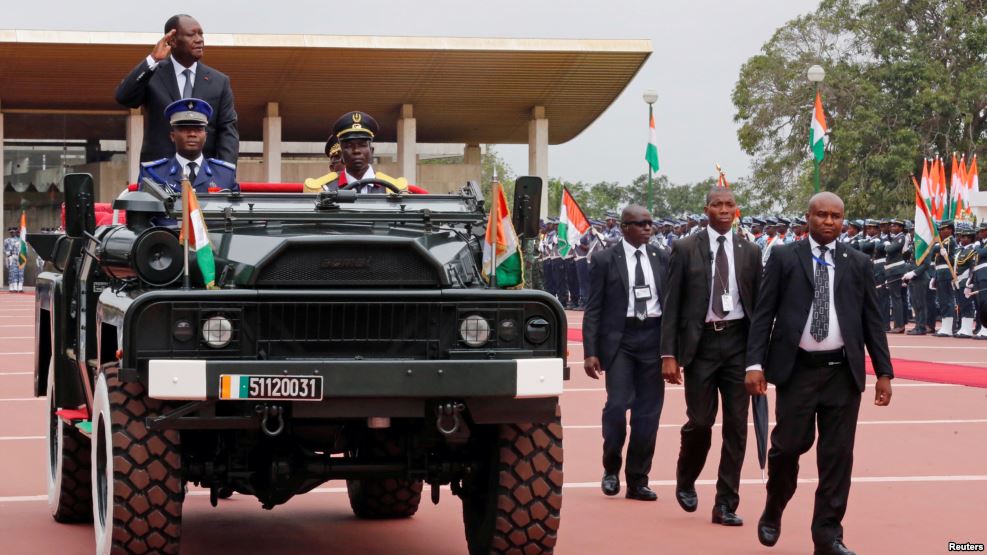 Ivory Coast's President Alassane Ouattara in a parade to commemorate the country's 56th Independence Day (Photo credit: Reuters)
<p>Ivory Coast is headed for a constitutional referendum in October. President Alassane Ouattara backs the initiative, which would create a senate and a new post of deputy president, but the opposition does not share his enthusiasm.</p>
Read the full article here: VOA News