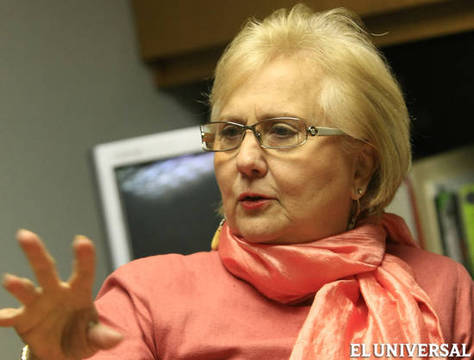 "Venezuela's drama is that the government stages the coup" (Vicente Correale)
<p class="txt35 color000 MT10 MR10"><strong>"Courts give the assurances for cohabitation and if people stop trusting them, an invitation is extended to take the law in their own hands, that is, violence"</strong></p><p class="txt35 color000 MT10 MR10"><strong><br></strong></p><p><span>In January 2013, when leaving her incumbency held for 12 years at the Criminal Cassation Chamber, Supreme Tribunal of Justice (TSJ), emeritus justice Blanca Rosa Mármol de León caused a great stir when proposing the removal of the Constitutional Chamber for deeming that it "just makes interpretations on behalf of the government and runs counter to justice."</span></p>
Read the full article here: EL UNIVERSAL