Structure of GovernmentConstitutional AmendmentRegulation and Accountability Congo (Republic of the) 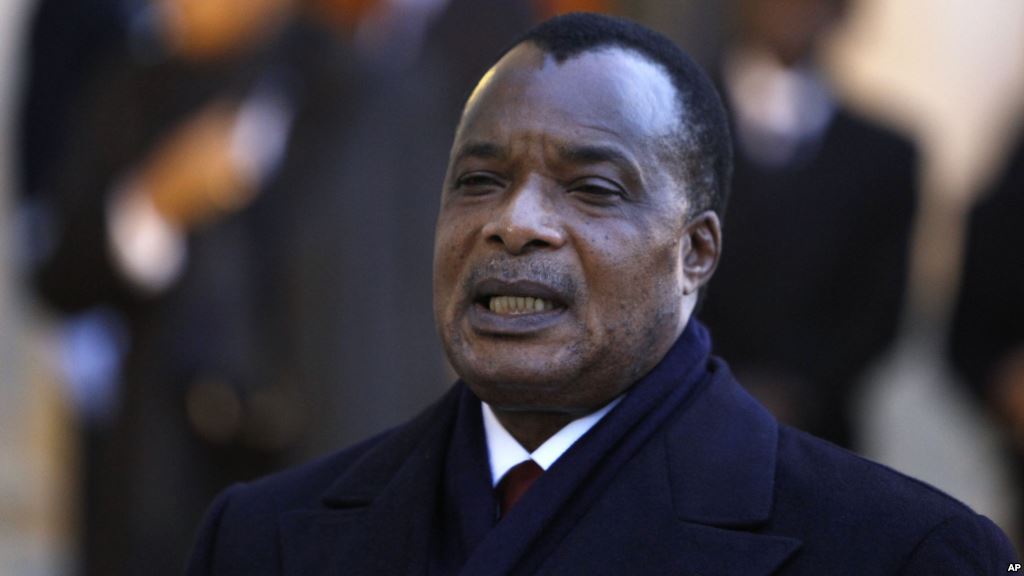 President Denis Sassou Nguesso [photo credit: Voice of America]
<p>Tens of thousands gathered in Republic of Congo's capital on Sunday to voice their opposition to possible constitutional changes that would allow President Denis Sassou Nguesso to extend his decades-long rule in elections next year.</p><p>Protesters, some carrying signs reading "Sassou Out" and "Congo does not belong to Nguesso", began flooding into the streets of Brazzaville in the morning, hours ahead of the afternoon rally in the city centre.</p><p>Sassou Nguesso, 71, who has ruled oil-producing Congo for 32 years in two separate spells in office, is banned by the current constitution from seeking another term.</p>
Read the full article here: Reuters