ReferendumStructure of Government Congo (Republic of the) 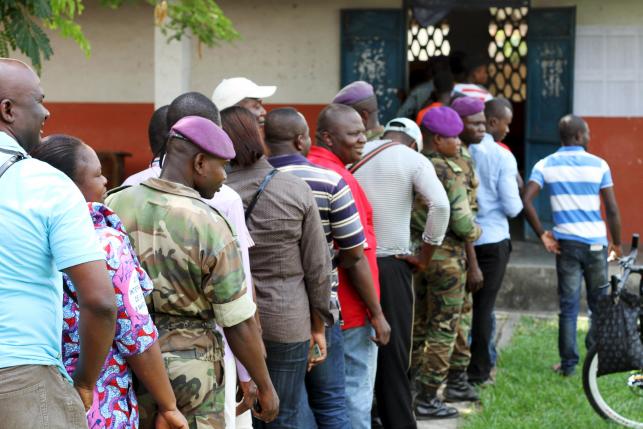 Military personnel vote at a polling station in Brazzaville, Congo, October 25, 2015. (photo credit:REUTERS/ROCH BAKU)
<p>Voters in Congo Republic have overwhelmingly backed a change in the constitution that will allow President Denis Sassou Nguesso to run for a third consecutive term, the results of a referendum showed on Tuesday.&nbsp;<span style="line-height: 20.4px;">Sassou Nguesso has ruled the oil-producing nation for 31 of the last 36 years and the constitutional change makes it possible for the 71-year-old to win a further five-year mandate at an election due next year.</span></p>
Read the full article here: Reuters