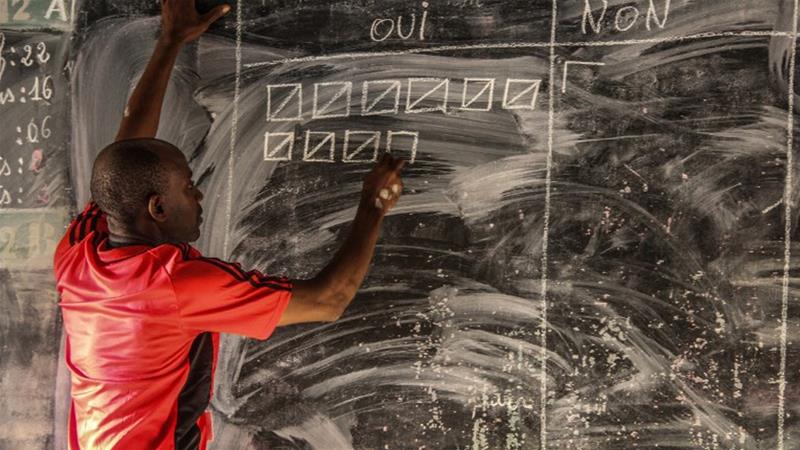 An election officer tallies the results (photo credit: Ibrahim Youssouf/AFP)
The result of the referendum, which was boycotted by the opposition, will allow President Azali Assoumani to run again.  Comorans have voted overwhelmingly in favour of controversial constitutional reforms that will allow President Azali Assoumani to seek another term, according to electoral officials.
Read the full article here: Al Jazeera