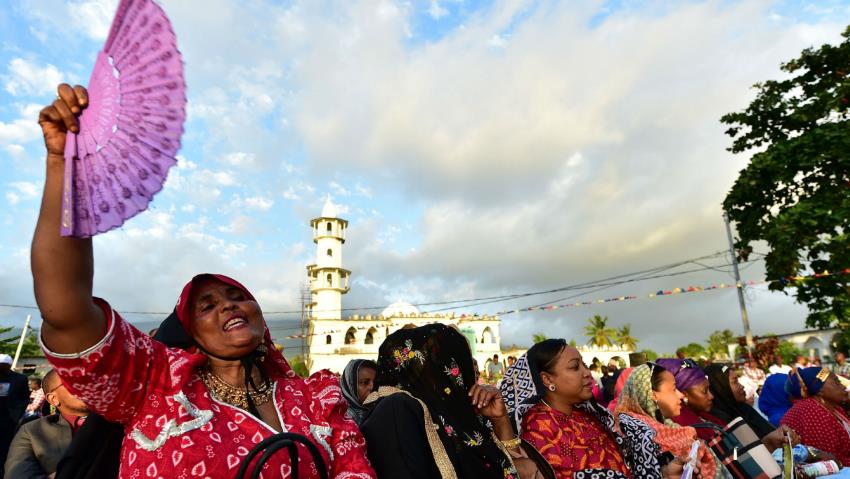 Rally in support of the referendum in Moroni (photo credit: The New Arab)
Voters in the Comoros go to the polls on Monday for a politically explosive referendum overshadowed by a clampdown and an attempted assassination just days before the vote. Under the current constitution adopted in 2001, power rotates every five years between the country's three main islands as a means of balancing power in the coup-prone country. If the government wins the referendum, this arrangement would be scrapped and replaced by a president who would be elected for a five-year tenure, renewable for one term. Assoumani would also gain the power to scrap the country's three vice-presidencies, another checks-and-balances feature of the present constitution. In addition, a constitutional clause on secularism would be scrapped and replaced by text saying "Islam is the religion of state" and "the state draws from this religion the principles and rules of Sunnite observance".
Read the full article here: The New Arab