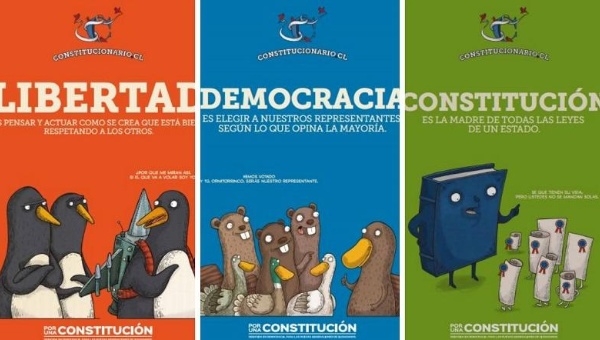 Chile's education campaign on rewriting the constitution. (photo credit: Presidency of Chile)
<p>The Chilean government launched a campaign on Sunday to help kick off the process of rewriting the South American country’s 1980 constitution with civic education around the reform.&nbsp;<span style="line-height: 20.4px;">The campaign aims to communicate the constitutional reform to a wide audience by focusing on the process’ central themes of freedom, democracy, and equality, among others concepts.&nbsp;</span><span style="line-height: 20.4px;">The reforms seek to update the 1980 Chilean constitution, introduced under the dictatorship of General Augusto Pinochet.</span></p> <p>&nbsp;</p>
Read the full article here: TeleSUR