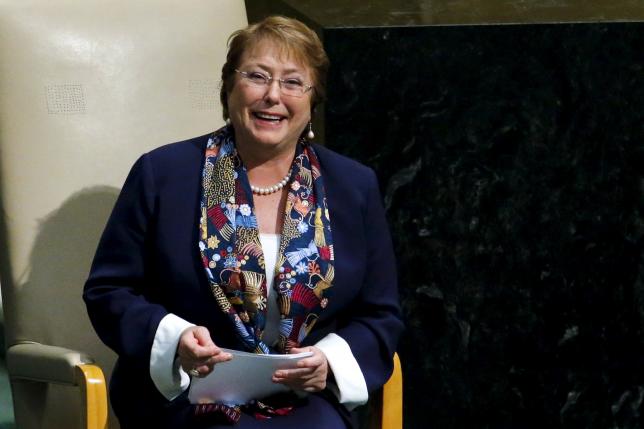 Chile's President Michelle Bachelet (28 September 2015)
<p>Chilean President Michelle Bachelet announced on Tuesday the beginning of a process that could lead to a new constitution for the South American country, one of the center-left leader's key electoral pledges.&nbsp;<span style="line-height: 20.4px;">A "civic education" phase would run until March 2016, which would be followed by "a process of dialogue with citizens in which everyone can take part," said Bachelet in a televised speech to the nation on Tuesday evening.</span></p>
Read the full article here: Reuters