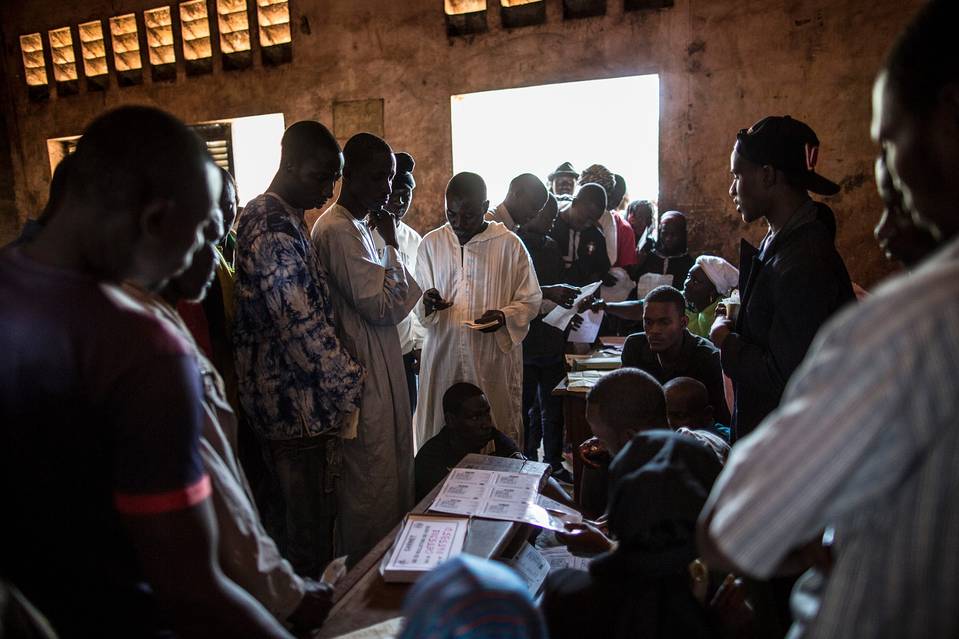 Voters collect their cards at the polling station at the Koudoukou school in the PK5 district in Bangui on Monday. (photo credit: AFP)
<p>Central African Republic's National Election Authority has extended a vote on a constitutional referendum in areas where violence prevented people from going to the polls.&nbsp;<span style="line-height: 20.4px;">The referendum is meant to usher in stability after years of conflict. The vote is also seen as a test of whether national elections can take place Dec. 27 after several delays.</span></p>
Read the full article here: AFP/ Yahoo News