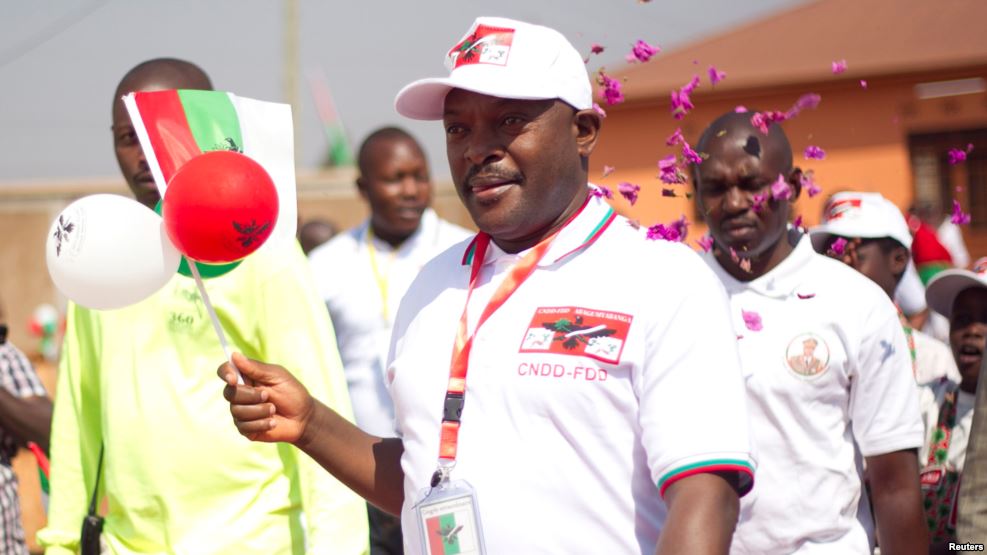 Burundi's President Pierre Nkurunziza (photo credit: VOA News)
<p>Burundi's parliament is set to begin reviewing a report from a national commission, convened by the president, that says the people are in favor of scrapping term limits. Is this a sign the ruling party has been able to use a year-long political crisis to consolidate power? Or could this revitalize the opposition?</p>
Read the full article here: VOA News