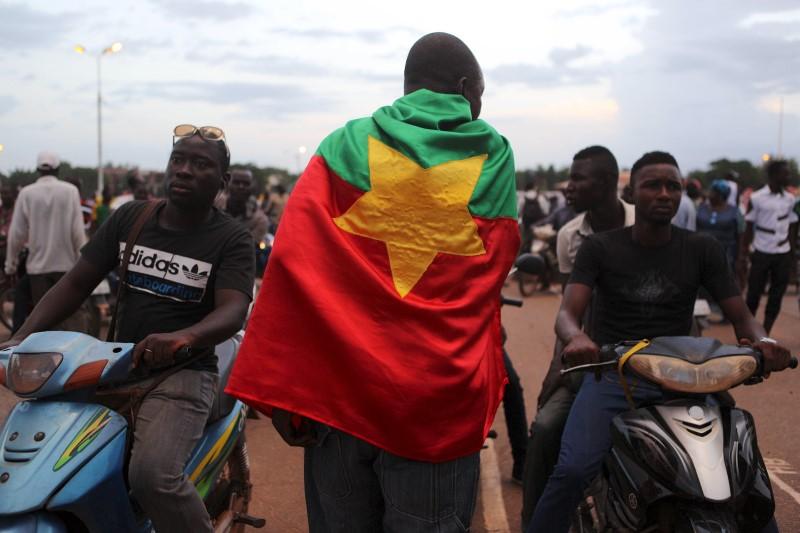 A protester wearing a Burkina Faso flag attends a protest against the presidential guard in Ouagadougou, Burkina Faso, September 16, 2015 [photo credit: Reuters]
<p>Soldiers fired warning shots to disperse hundreds of protesters outside Burkina Faso's presidential palace on Wednesday after the presidential guard burst into a cabinet meeting and arrested the interim president, stirring fears of a military coup. </p><p>The presidential guard gave no explanation for its move, which came less than a month before an election due to complete a transition back to democracy after a popular uprising toppled Burkina's long-time ruler last year. </p><p>The guard, known as the RSP, was a key pillar of former President Blaise Compaore's rule before he was ousted by demonstrators last October when he attempted to change the constitution to prolong his 27 years in office. </p>
Read the full article here: Reuters