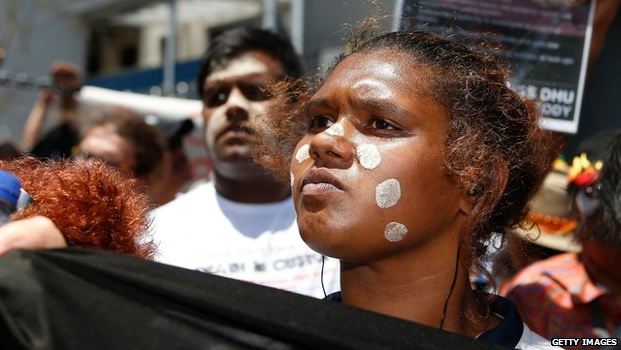 Indigenous Australians represent about 2.5% of Australia's 24 million people. Getty Images
<p id="story_continues_1" class="introduction">Australian PM Tony Abbott has vowed to "sweat blood" to secure constitutional recognition for indigenous people, saying he wants a referendum in 2017.&nbsp;<span style="line-height: 1.7;">But Mr Abbott said he would not rush with the date until he was confident the referendum would succeed.</span></p><div>[toc hidden:1]</div>
Read the full article here: BBC