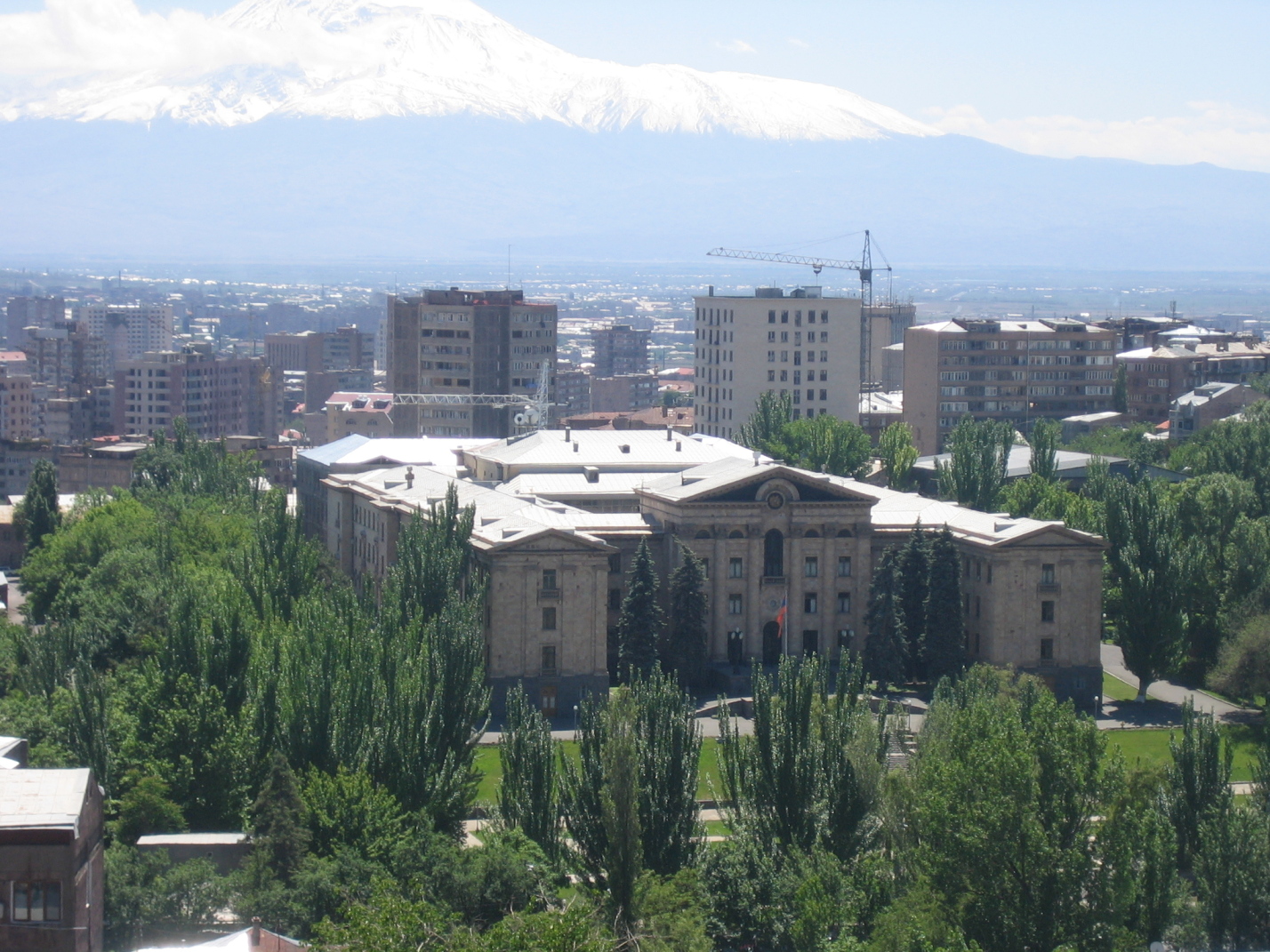 Armenian parliament building (photo credit: Wikimedia)
<p>Armenian President Serzh Sarkisian has signed a decree setting December 6 as the date for the country’s referendum to change the constitution in order to establish a parliamentary republic.&nbsp;<span style="line-height: 20.4px;">Sarkisian made the move on October 8, days after parliament voted on October 5 to hold such a referendum.&nbsp;</span><span style="line-height: 20.4px;">Hundreds of opposition activists had for several days been protesting against the constitutional changes.</span></p>
Read the full article here: Radio Free Europe Radio Liberty