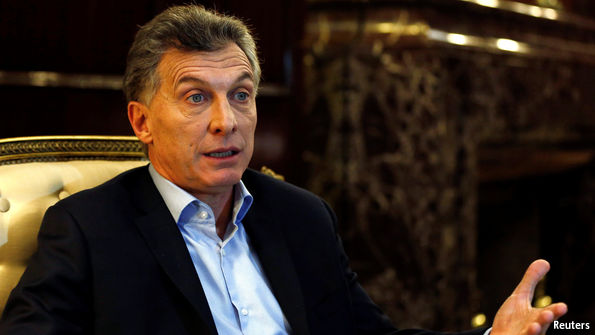 Argentinean president Mauricio Macri (photo credit: Reuters)
<p>TO HEAL Argentina’s economy, damaged by years of populism, Mauricio Macri’s plan is to administer unpleasant medicine early in his presidential term, which began in December. That way, by the time he runs for re-election in 2019, the country will be feeling the benefits—or so he hopes. On August 18th Argentina’s Supreme Court disrupted his plan. It ruled that a quadrupling of gas prices, introduced in April, was illegal because the government had failed to consult the public, as required by the constitution. The court could strike down a sixfold rise in electricity prices on similar grounds. The ruling is a setback, though probably not a disaster, for Mr Macri’s ambitions.</p>
Read the full article here: The Economist