Are efforts to limit presidential power in Africa working? 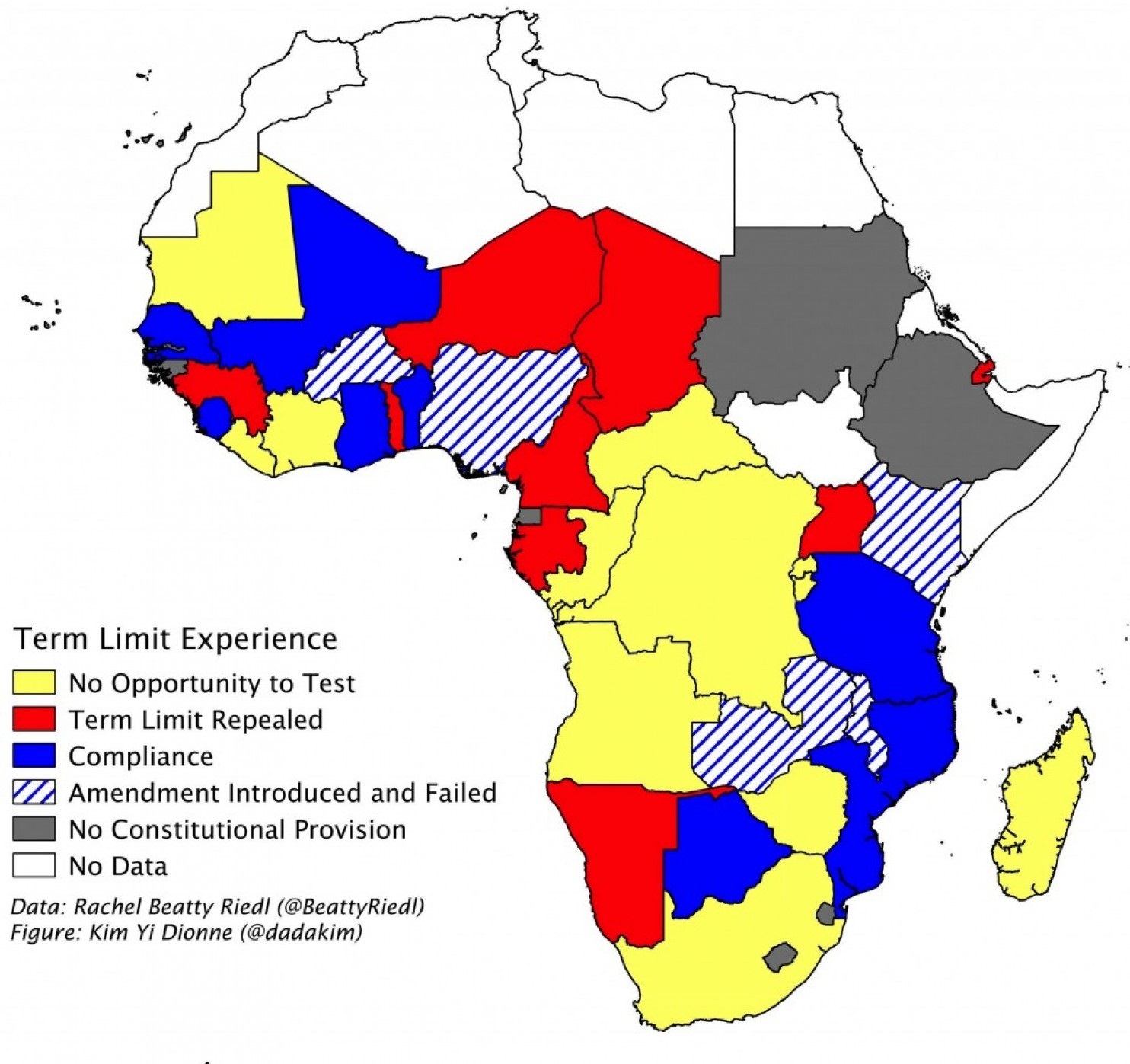 African countries are shaded according to their experience as of February 2015 regarding attempts to repeal constitutional term limits of the executive. Data: Rachel Beatty Riedl. (Kim Yi Dionne/The Monkey Cage)
<p><br><br>Goodluck Jonathan, Nigeria’s president, will wait six additional weeks before he faces voters at the polls in his reelection campaign. &nbsp;The electoral commission declared that the presidential and legislative elections, originally scheduled for Feb. 14, will be postponed until March so the military can launch an operation to secure the northeast from Boko Haram and allow voters in the region to participate in the polling.</p>
Read the full article here: The Washington Post