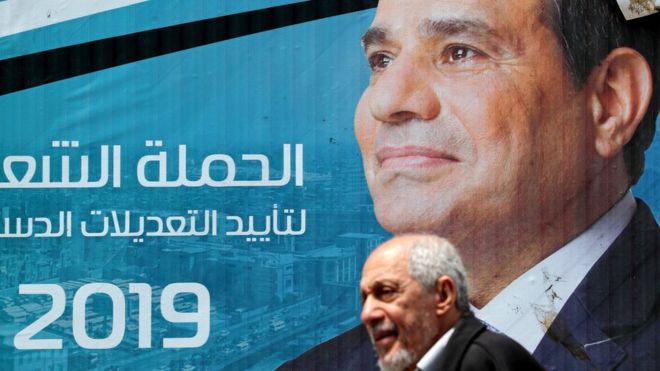 President Abdul Fattah al-Sisi depicted in a street poster (photo credit: Reuters)
Egypt's parliament has approved constitutional amendments that would allow President Abdul Fattah al-Sisi to stay in power until 2030. Mr Sisi is due to stand down in 2022, when his second four-year term ends. But the amendments, which must be put to a referendum within 30 days, would lengthen his current term to six years and allow him to stand for one more. A transitional arrangement outlined in article 241 would extend Mr Sisi's current term by two years and allow him to stand for one additional six-year term in 2024.
Read the full article here: BBC News