All things must pass? The state of the Chilean constitutional moment 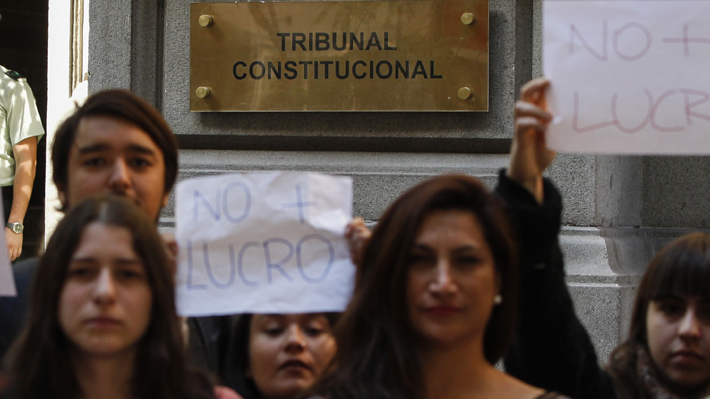 For almost four years, Chile had an exemplary, open and transparent ‘constitutional reform process’. Nevertheless, the rush and secrecy that accompanied the last days of the finalisation of the draft constitution, necessitated by the impending swearing in of a president opposed to the core reforms, appeared to have doomed the ‘constitutional moment’. While the constituent process appears stuck in the formal political institutions, a coalescing of opposition groups and critical constituencies, such as indigenous peoples and students, may save the moment – writes Alberto Coddou Mc Manus.

The former government appeared to be more concerned with complying with a checklist rather than building broad political agreement to move the process forward.

Bachelet was elected at the end of 2013 with high popular support, and her government, with majorities in both chambers of Congress, initiated a package of structural reforms in several areas, including education, taxation, labour relations, electoral system, and a new constitution. The latter would be discussed within an inclusive, transparent and institutional process. For many, Chileans were living their own constitutional moment. Between 2015 and 2017, a multi-stage process took place, which included self-convened meetings, channelled discussions with the active support of the state, and the supervising role of the (government-appointed but politically diverse) Citizen’s Council and several international organisations to ensure transparency and fairness. All these activities, with the help of a Committee of Systematization, were consolidated into a document called the ‘Citizens’ Foundations for a New Constitution’. This process has been celebrated by several experts and international organisations as an open, transparent and inclusive participatory model of constitution-making. In terms of its population, the Chilean process has been the biggest exercise of constitutional mass dialogue in comparative terms. However, as some observers have noted, the process did not incorporate political parties, which is fundamental for any constituent process to see the light of the day. Furthermore, and despite the celebratory tone of some international reports, such as the one elaborated by the Organisation for Economic Co-operation and Development, the different obstacles faced by the process were silenced by the government, which seemed more concerned with complying with a checklist rather than building broad political agreement to move the process forward.

The constituent process was put to sleep by its own champions.

With the ‘Citizens’ Foundations’ document at hand, and behind closed doors, advisors of the Ministry of the Secretary of the Presidency worked to consolidate a final draft that was presented to the Congress at the end of Bachelet’s presidential term. Political parties, social activists and legal scholars declared that they were never called to have a say in the draft, and they were at the last minute invited by the president to an event in the presidential palace to launch the new text. Important actors decided to reject the invitation. As Contesse and Verdugo ask themselves, ‘how did a vibrant constituent process end up in a ceremony that political leaders preferred to skip?’ In a previous post, I celebrated Bachelet’s decision to open the channels of political discussion to informal political public spheres when the institutional gates seemed blocked for fundamental debates. Bachelet appealed directly to the citizenry in order to prompt a bottom-up discussion that was being denied by formal channels of political participation. At this stage, however, it is clear that this appeal was not complemented with the intention, on the side of the then government, to gain support from relevant actors, such as the Supreme Court, the Congress, or political parties. In brief, the constituent process was put to sleep by its own champions.

In March 2018, the right-wing coalition (Chile Vamos) came to power with historic popular support, which in absolute terms exceeded the number of votes received by Michelle Bachelet in the last election. The political manifesto of Sebastián Piñera included a few constitutional proposals that could moderate the powers of the president and increase those of Congress. However, as I explained in a previous post, the Congress moved significantly to the left, which may lead the President to abandon the initial enthusiasm to temper the hyper-presidential arrangement of powers. Moreover, in his first statements, Piñera and his cabinet explicitly expressed their disdain for Bachelet’s constitutional project. Both constitutional bills (the proposal for a new text and the reform to the constitutional rules of change) will surely be put to sleep, considering the veto-powers of the executive, which can control the legislative agenda. According to Piñera, they are now going to be ‘right-wingers without shame’, so they will govern according to the principles that allegedly gave them huge popular support in December’s elections. The appointed members of the cabinet are mandated to reactivate the economy and address the concerns of the rising Chilean middle-class, which, according to right-wing think-tanks and supporting intellectuals, does not include a new constitution.

The constitutional moment may not be dead just yet

Opinion polls continue to show an unfading popular support for the demand for a new constitution.

First, opinion polls continue to show an unfading popular support for the demand for a new constitution. Although in Chile the control of the press is concentrated in a few hands, which favour the status quo, and even at times when the powers of agenda-setting are in the hands of those opposed to major constitutional changes, popular support for replacing the constitution maintains its momentum. After the new government arrived in power, a poll showed that 81% of Chileans consider a new constitution ‘necessary’, challenging the ideas of the winning coalition. This support illustrates a well-known fact in comparative politics: once a constitutional moment starts, it is very difficult to stop it, or to control its dynamic or evolution.

Second, the relationship between indigenous peoples and the Chilean state may trigger heated discussions during this presidential term. Although the text proposed by Bachelet recognizes the existence of indigenous peoples ‘as part of the Chilean nation’, generating different critiques, other debates around this issue may bring about serious political debates that can reactivate the constitutional moment. The current government called for a ‘national agreement’ on the situation of the Mapuche people in the south of the country. In particular, Sebastián Piñera decided to travel to the Mapuche territory with a proposal to reform the anti-terrorism law, an issue that has triggered strong backlash from social and political actors who argue against a criminal solution to a political problem. Moreover, different press publications and statements from right-wing politicians have suggested that Chile will denounce the International Labour Organization (ILO) Convention 169 Concerning Indigenous and Tribal Peoples in Independent Countries during 2018, because it would be ‘blocking’ investments and producing uncertainty on economic actors. This affair recently prompted a technical note by the ILO, clarifying that any possible denunciation would take effect only at the end of the presidential term of Sebastián Piñera. Against this trend, an important number of scholars and social actors have initiated a campaign, stating that ‘the intention of withdrawing from ILO 169 would make Chile the only country in the world to renege the progress signified by the convention’. Ironically, these pitfalls in Piñera´s policies regarding indigenous peoples may be helping the opposition and the different voices within indigenous peoples themselves to join forces for a more radical or progressive constitutional stance on this issue.

Piñera´s policies regarding indigenous peoples may be helping the opposition and indigenous voices to join forces for a more radical or progressive constitutional stance.

Lastly, we should bring to the table an institutional actor that is playing a dangerous role regarding the actual configuration of powers and the principle of democratic deliberation. For reasons that would take longer than a blog post to develop, the correlation of powers within the Chilean Constitutional Court gives the right-wing interests a clear majority. Facing several structural reforms promoted by the last government, this Court has declared core areas of these reforms incompatible with the constitution, abandoning a traditional principle of judicial deference to democratic principles, and even going against the boundaries of its powers, as established by the constitution itself.

For example, the recently enacted abortion law (restricted to three situations that now constitute an exception to the abortion crime regulated in the Criminal Code), which took decades to materialise, was subject to scrutiny in the Constitutional Court, whose majority declared that the prohibition of an institutional objection or exemption from the duties to provide the service of abortion was a violation of the Chilean constitution. This judgment has allowed the current right-wing government to curtail the provision of services regarding reproductive rights in private clinics that will be now incorporated to a registry of objectors. As expected, several leaders of the former government have ‘gone out in the public sphere’ to defend the principles that motivated the abortion statute. Another example comes from the recent judgment of the Constitutional Court regarding the structural reform to higher education promoted by Bachelet. Although the contents of the judgment are not yet known, the Court struck down the prohibition of for-profit controllers of universities. This prohibition was long debated during the legislative proceedings, and no section of the chambers requested review by the court. However, as provided for in the Chilean Constitution, there is mandatory review of all bills that may include provisions or clauses that are subject to super-majoritarian quorums, which in this case allowed several private actors to present their interests before the Court. The outcome goes clearly against one of the core principles of the integral educational reform promoted by the outgoing government, which decided to ban for-profit interests in educational establishments. Students and social leaders have called for mobilization and protests against the decision, placing the Constitutional Court at the centre of the debate. Ironically, again, the potential backlash that may be ignited by these decisions may serve as a meeting point for the (centre)left, whose fragmentation may come to an end once they agree to defend certain basic principles that were supposedly taken for granted at this stage.

Common opposition to the decisions of the Constitutional Court invalidating crucial policies of the former government may bring the fragmented opposition together.

In sum, Chile may be witnessing the reactivation of the constitutional moment through political discussions that are increasing the intensity of opinions and exchange of reasons between different actors. In different instances, these debates are clashing with institutional veto-players or with conservative constitutional readings that seem to block the democratic deliberation that Chileans are so willing to defend. Indeed, rather than a constitutional project drafted behind closed doors, with no participation of institutional and political actors, there are different issues that are bringing together the former ruling coalition and the new left that emerged in the recent election, the ‘Broad Front’. Chile may thus be witnessing the seeds of a revived constitutional moment.

Alberto Coddou Mc Manus is a Chilean lawyer, and PhD candidate at University College of London. He teaches Constitutional Law at Universidad Diego Portales (Chile) and is Content and Consulting Co-ordinator at the Observatory of the Chilean Constituent Process.