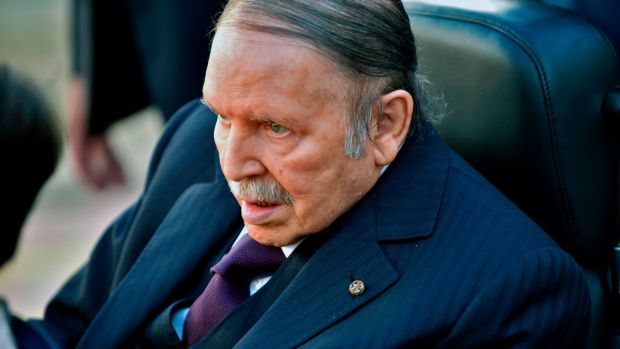 Algerian president Abdelaziz Bouteflika (photo credit: Ryad Kramdi/AFP/Getty Images)
Algerian president Abdelaziz Bouteflika abandoned his bid for a fifth term in power on Monday, bowing to weeks of mass demonstrations against his 20-year rule by people demanding a new era of politics in a country dominated by the old guard. In a series of announcements on Monday evening, the presidency said the election, previously set for April, would be postponed. A new constitution would be submitted to the public for a referendum.
Read the full article here: The Irish Times