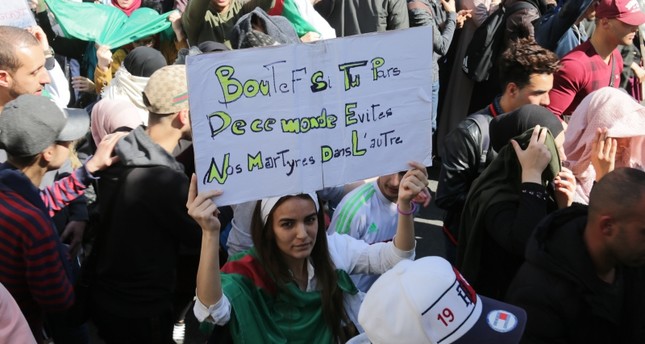 Protesters in Algeria (photo credit: Daily Sabah)
Algeria's ailing president said Sunday that if he wins a fifth term in April, he would promote political changes that his critics have demanded and call an early presidential election in which he would not run. In a written message to the nation, President Abdelaziz Bouteflika said if he is re-elected April 18, he would organize a public referendum on a new Constitution and respond to an opposition demand for an independent electoral commission. The longtime leader also vowed to immediately call a "national conference" to set a date and prepare for another presidential election. Bouteflika's decision to run next month has prompted rare, massive protests in recent days.
Read the full article here: Daily Sabah Africa